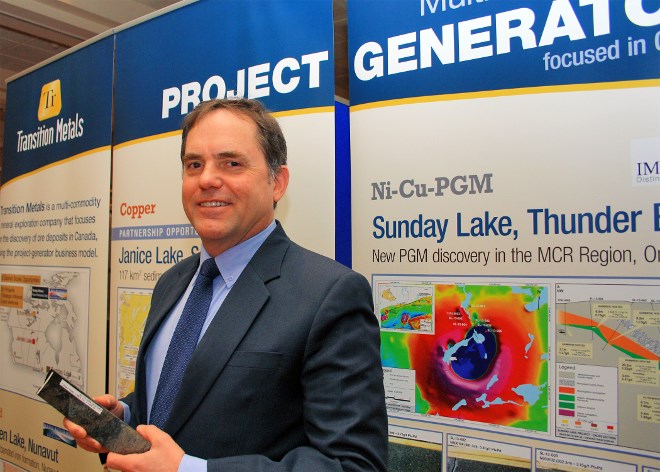 Transition Metals has taken full possession of a tungsten property near Espanola.

The Sudbury junior miner made cash-and-share deals with two vendors to close the loop on scooping up the entire 1,114-hectare Fostung property, eight kilometres southeast of town.

Last June, Transition picked up 690 hectares of Crown land that covered a portion of the Fostung leases.

On Nov. 14, the company announced the signing of purchase agreements with CJP Exploration and Daxl to pick up the remaining 423 hectares.

Located 70 kilometres from Sudbury, the Fostung property has changed hands a number of times since local prospectors made the discovery in 1966.

The company’s plan is to compile all the historic data on Fostung to create a 3D geological model as a first step in its investigation.

Tungsten is an alloy used in high-speed steel applications such as manufacturing of cutting tools like power saw blades and drill bits, and is used in wear-resistant coatings.

“Tungsten has been recognized as a critical metal by various countries including the U.S.A.,” said Transition CEO Scott McLean in a news release.

“With limited to no tungsten production in North America and the vast majority of global production coming from China, the Fostung Asset is viewed as being a strategic acquisition. We are also encouraged by the polymetallic nature of mineralization and the numerous exploration targets that have been identified from our data review on a property that has seen essentially no exploration for more than 30 years.”