‘Transformation’ is in the air at Vale 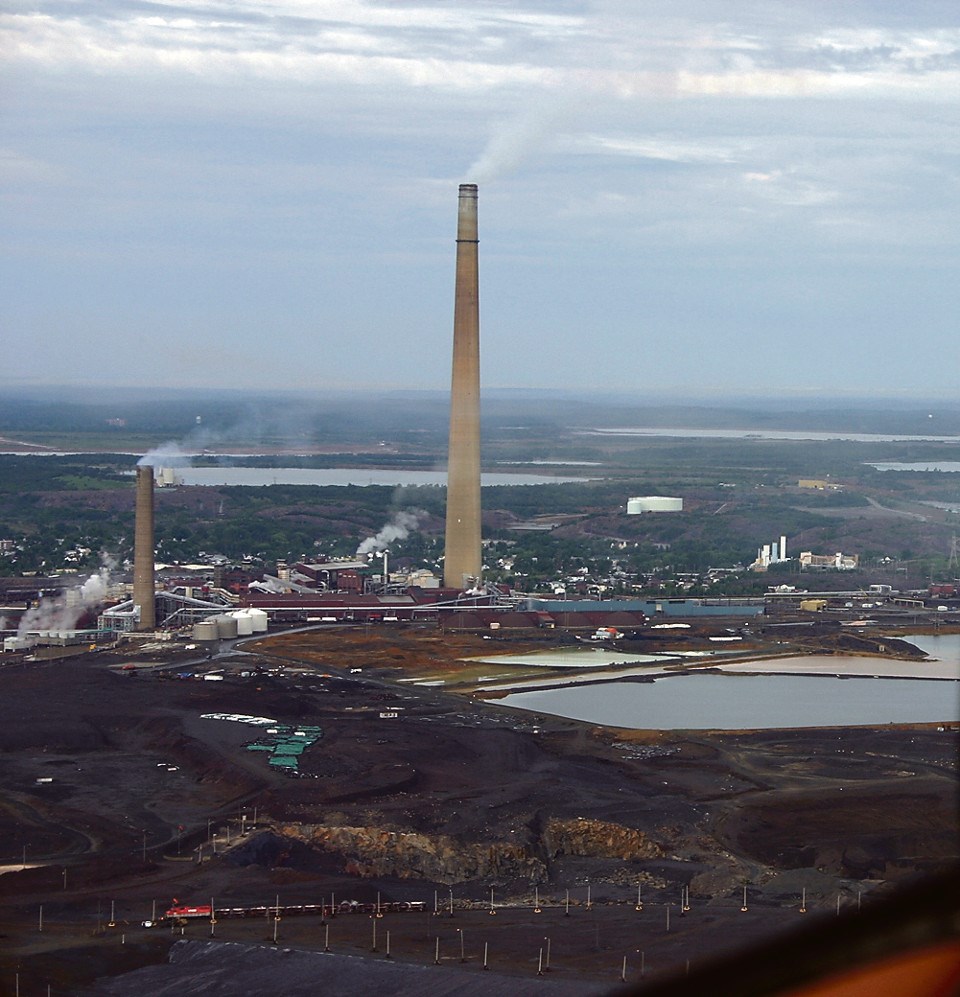 The thrust of Dino Otranto's presentation was on the transformational challenges ahead for base metal mining giant Vale to create a business that's sustainable in the Sudbury basin for generations to come.

But the opening image he flashed to a Greater Sudbury Chamber of Commerce lunchtime crowd on Feb. 11 was of the Brumadinho tailings dam break at Vale's Córrego do Feijão iron ore mine in Brazil on Jan. 25, 2019. It was the company's second major dam breach in that country in four years.

The man-made environmental catastrophe at Brumadinho produced a toxic mudflow that swept away the company's offices, and houses, farms and roads in a nearby village, and contaminated a major river system.

"On this day, 270 lives, most of which worked for us, were lost," said Otranto, Vale's chief operating officer in charge of mining, smelter and refinery operations in the northern hemisphere.

It was the first time a dam break of that scale was videotaped live, and he encouraged everyone to go online and watch it.

The tragedy created a rift between Brazil's largest mining company and the local community that, he said, no amount of compensation can ever repair.

"It's shocking. It's a tragedy for our industry and it's one that we can no longer ignore."

Otranto then reminded his audience that they live in the "inundation zone" of one of the world's biggest tailings dams.

"There's a billion tonnes of the same material sitting in this community."

Otranto assured them that Vale is working with government and various partners to ensure safeguards are firmly in place.

But the comfortable mindset, he said, has to change from thinking it can't happen here toward guaranteeing that it doesn't happen.

"Above all else, I'm obsessed with making this right."

There remain persistent hazards associated with deep underground mining, from seismic events to working with dangerous chemicals, all underscoring the need "to be absolutely on our game."

In Sudbury, Otranto said they've adopted an extensive defence model for preventative and mitigation controls for tailings dams with a dedicated staff to oversee its maintenance, coupled with a team of outside auditors, composed of some of the world's best experts, to evaluate Vale's work.

"We must have a new pact with society," said Otranto. "We have to repair the damage that we've done."

The German-born, Australian-accented Otranto was appointed COO in 2019 after many years working in operations for global metal producers like BHP and South32.

His entire leadership team for their mining and processing operations across Canada, Wales, China and Japan are run out of Sudbury, home of its shiny new North Atlantic Operations Centre.

It's a technological "shrine" to the future of the industry with joystick-controlled scoops now being operated from surface for operations around the Sudbury basin.

In his presentation, Otranto placed an emphasis on societial, and even shareholder, demands, that mining companies change the way they conduct business, as Vale searches to find its place in the coming electric vehicle revolution over the next few decades.

Recently, Vale announced aggressive targets, company-wide, of being carbon neutral by 2050, and to be in line by 2030 with the Paris Agreement to reduce greenhouse gases by a third. It's a tall task for a largely fossil-fuelled business, he said.

"It will mean a different type of technology that we have to create. To meet this, some technologies don't even exist yet."

The landmark Superstack, erected in the early 1970s, has been rendered obsolete as the company invested $1 billion in its Clean AER project to capture sulphur dioxide emissions and metal particulate.

Looking ahead, Otranto sees a "massive opportunity" in the growth in electric vehicle sales and other green technologies will fundamentally transform global nickel markets over the next 20 years.

Vale is facing intense competition from the Far East, including Indonesia and the Phillipines, which have surpassed Canada as the world's biggest nickel producer.

But Otranto sees tremendous demand for the high-quality nickel that comes out of Sudbury's mines to feed the battery market as a specialty product.

Their marketing efforts to brand Sudbury as a high-purity product is paying off as customers are "jumping over themselves to get back into business with us."

While the Sudbury basin is uniquely positioned to take advantage of this opportunity, reserves are gradually being depleted.

"Our mines are running out."

Vale has spent more than $23 billion in its Sudbury operations since 2009 just to sustain current operations, not for investments in the future.

Over the next 10 years, Otranto expects to see some existing mines being shuttered as they crunch the numbers to find ways to extract ore from the basin in a cost competitive way.

Otranto said he's encouraged by their partnership with crosstown rival Glencore in using their infrastructure at the Nickel Rim South to access ore at Vale's Victor Mine, a shared deposit which exists adjacent to the boundary between each company's properties.

It bodes well for the future as both companies could potentially develop joint plans to mine deposits in close proximity to each other.

"How do we entertain an entirely different way of collaborating with each other to serve our common interests, which is to ensure we all remain viable for the next 20, 30, 40 years."