Developer expects January release of feasibility study for Red Lake’s next mine
0
Nov 30, 2018 11:04 AM By: Northern Ontario Business Staff 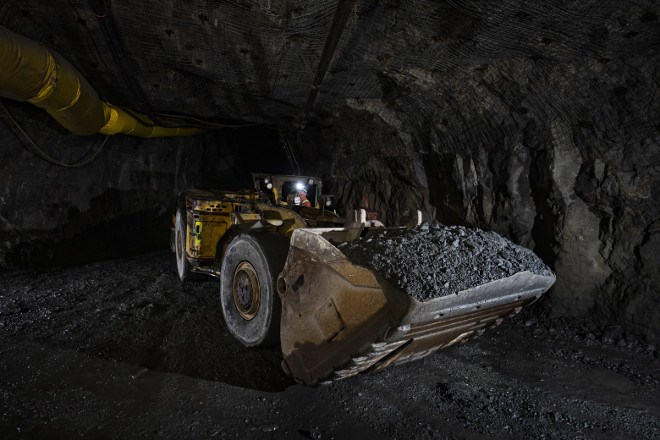 The Vancouver mine developer is working on a feasibility study to bring the former Madsen Mine in northwestern Ontario mine back into production. Part of that process began last June with the extraction of a 7,100-tonne bulk sample.

In a Nov. 28 news release, the company said the results “exceeded expectations,” with the tonnage, grade, and mining width greater than predicted from their resource model.

An overall average grade of 10.2 grams per tonne gold was returned from 1,555 muck samples collected from during mining that bulk sample.

Using a 4.0 grams per tonne gold cut-off, the bulk sample estimate includes 46 per cent more tonnes, 8 per cent higher gold grade and an estimated 56 per cent more ounces of gold than predicted from the geological model that forms the company's mine plan.

“Our test mining program has been a resounding success, checking each of the boxes we laid out when we initiated the program earlier this year,” said Pure Gold president-CEO Darin Labrenz in a statement.

“From the first round blasted in the ramp to the completion of the program in November, our team has demonstrated it can visually identify, and easily follow gold mineralization underground providing a strong validation of our geologic model.”

Madsen is the company’s flagship project, located just southwest of the community of Red Lake, along Highway 618.

The feasibility study, with a new resource estimate, is due out in January. The company firmly believes this is Ontario’s next new gold mine.

The gold-enriched material pulled from the bulk sample is stored in a secure underground location at Madsen and is expected to provide feed for the processing mill during its startup.

“With test mining now complete, delivering a strong validation of both geologic model and resource, we look forward to finalizing our definitive feasibility study as the next step to building a modern, scalable mining operation at Madsen.”

Underground drilling has identified more mineralized structures which could lead to opportunities to expand the mine.

“The positive results of this mining highlight the disciplined and conservative approach that Pure Gold has applied to resource estimation,” added Phil Smerchanski, vice-president of exploration.

“Our resource work is well supported by comparison to this test program and also the extensive previous mining records at Madsen. It has been invigorating to get to work mapping and mining this gold mineralized rock that we have focused so much study on over the last four years. Our whole team is very excited about the growth possibilities at Madsen.”

Building blocks to a better battery for mining vehicles
Apr 1, 2020 8:00 AM
Comments
We welcome your feedback and encourage you to share your thoughts on this story. We ask that you be respectful of others and their points of view, refrain from personal attacks and stay on topic. To learn about our commenting policies and how we moderate, please read our Community Guidelines.