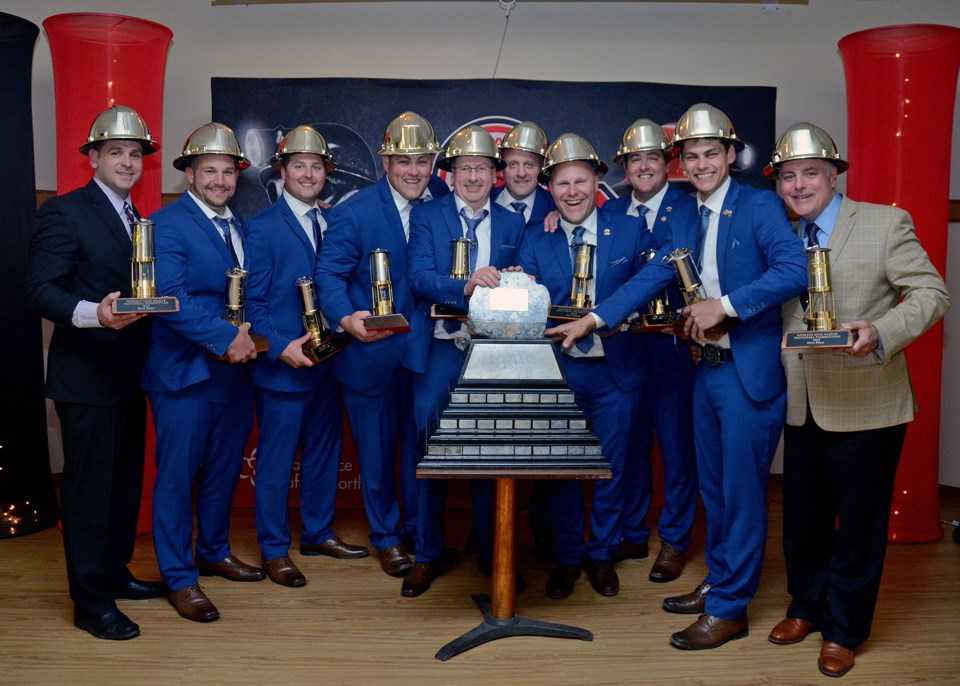 The mine rescue team from K+S Windsor Salt Ojibway Mine was the declared the overall winner of the 2019 Ontario Mine Rescue competition held in Red Lake June 4-7.

It marks the first provincial win for the K+S Windsor team.

The Windsor-based team was also awarded the John Guthrie (Special Equipment) Award. The team won the Southern District mine rescue competition in Goderich in May.

Jean-Yves Doiron, a mine rescue technician with Vale Canada in Sudbury, won the award for top technician. Doiron won the Sudbury District competition in May.

The four-day competition was organized by Ontario Mine Rescue (OMR), a part of Workplace Safety North, and hosted by Red Lake Gold Mines (Newmont Goldcorp). Major sponsors are Dräger Safety and Newmont Goldcorp.

During the event, eight teams from across Ontario, selected in district competitions, were evaluated on their knowledge, firefighting skills, first aid response, use of emergency equipment and decision-making ability under stress in an underground simulated emergency at Newmont Goldcorp’s Red Lake Gold Mines.

Ontario Mine Rescue was established in 1929, a year after an underground fire at the Hollinger Mine in Timmins claimed the lives of 39 miners. OMR has evolved from a fire service to full emergency response service for all underground emergencies including fires, explosions, falls of ground and the entrapment of miners.

Provincial competitions have been held since 1950, when the first was held in Timmins. Competitions test teams’ emergency response capabilities, and ensure that mine rescue volunteers across the province are trained to the same high standards.

Workplace Safety North provides products and services to promote workplace health and safety in the mining, forestry, and paper, printing and converting industries, as well as workplaces across Northern Ontario.