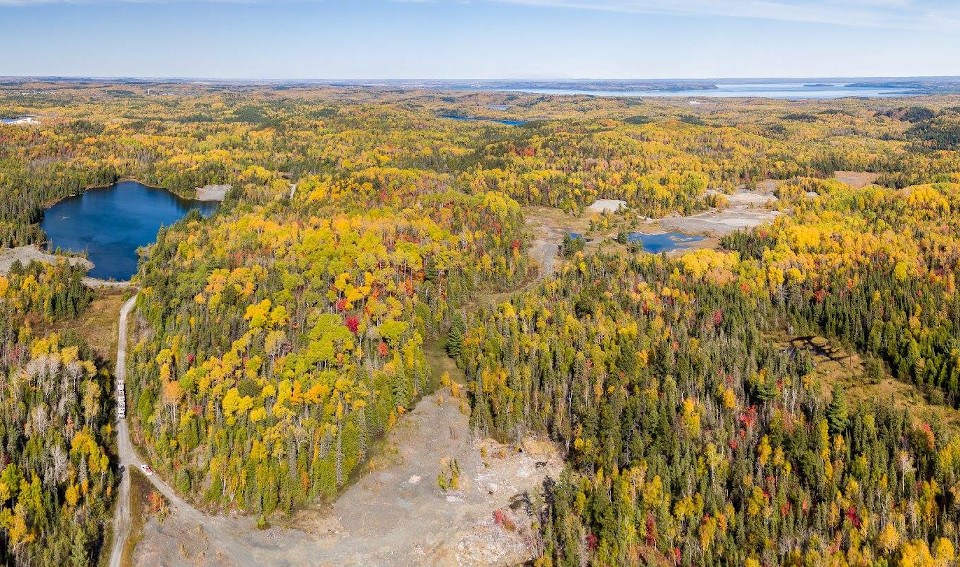 The historic silver mine sites of the Kerr property, south of the town of Cobalt. (First Cobalt photo)

A Toronto silver mine developer aims to return the shine to the historic Cobalt silver camp.

David Stein, president-CEO of Kuya Silver, believes a recently-acquired property in the Temiskaming area can be a "meaningful" silver producer within the next few years.

While the company's main focus is on putting a dormant silver mine in Peru back into operation this year, Stein said its Silver Kings Project, just south of the town of Cobalt, figures prominently in their plans and can be the next mine in their rotation.

Kuya announced a joint venture agreement with First Cobalt in December to do exploration on a 10,000-hectare exploration property, which runs northwest to southeast near the eastern shore of Lake Temiskaming, between Cobalt and mining ghost town of Silver Centre.

The deal was finalized earlier this month.

Kuya has full ownership of one patch of the project, a 900-hectare spot called the Kerr Property where First Cobalt did most of its drilling for cobalt between 2017 and 2019.

The property features eight historic silver mines which collectively produced more than 50 million ounces of silver between 1905 to 1950.

The deepest shaft was less than 200 metres.

"It may not have interested them but it interested us," said Klein in a recent interview with Metals Investor Forum.

First Cobalt's attention these days is riveted on bringing a nearby refinery into production to start processing imported shipments of mined cobalt into battery-grade material for the electric vehicle market.

The exploration ground became a non-core asset for First Cobalt. But for Kuya, Klein said it was "too good to pass up."

Though considered an early-stage project for Kuya, Stein foresees building up a resource base in the Kerr Lake area over the next two to three years toward preparing a mine plan to tap into, possibly, "multiple" high-grade silver veins.

Stein suspects Kerr could be a two-million to three-million-ounce per year producer, which could grow into a larger district-scale operation through exploration.

Kuya has a 2,500-metre drilling program planned to follow up on First Cobalt's 'bonanza' grade drill intercepts to possibly extend those high-grade zones.

Their agreement with First Cobalt provides an option to earn up to 70 per cent ownership of the remaining claims on the rest of the property.

Kuya Silver is a private company that went public last October. Their corporate focus is to be a mid-sized global silver producer. The company's stated strategy is find undervalued high-grade silver assets that offer low capital expenditure opportunities to put properties into production.

Their flagship asset is the Bethania Mine in central Peru, which was a producing mine up until 2016. Kuya bought the property last year with plans to put it back into production in 2021.