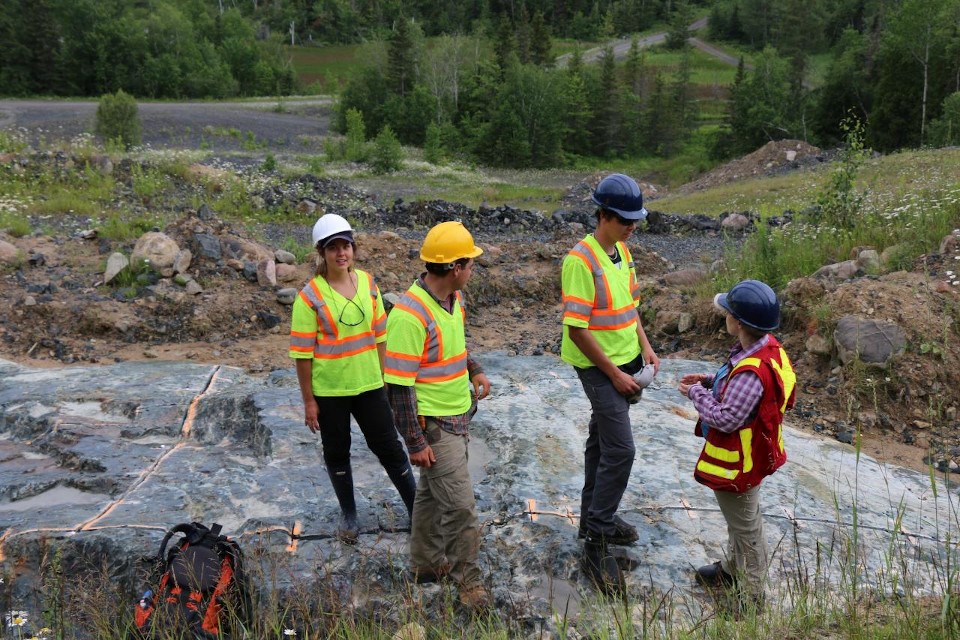 A strong silver market has rekindled First Cobalt's interest in its exploration properties in northeastern Ontario.

The Toronto company, which is working to restart the former cobalt refinery in the historic silver district near the town of Cobalt, announced the start of a geophysical survey to follow up on some previous high-grade silver and cobalt drill intercepts.

The white precious metal is trading in the US $22 per ounce range after starting the year at $18 before peaking at $28 in August.

First Cobalt is the largest landowner in the former silver mining camp with more than 10,000 hectares of exploration property containing 50 historic mines.

The company said their stated objective is to generate 3D imaging of cobalt and silver veins to create future drill targets in the Kerr area of its property.

Previous drilling there produced high-grade drill intercepts, including one result of 1,442 grams per tonne of silver and 0.28 per cent cobalt over 2.5 metres.

In 2017-18, First Cobalt completed 253 shallow drill holes for more than 35,000 metres on 12 target areas across its property. The focus at that time was on identifying near-surface cobalt-silver mineralization that could be mined by open-pit methods.

There were "numerous bonanza grade intercepts" during that initial drill program that revealed two mineralized zones in the Kerr area of the property corresponding with the historic Crown Reserve, Lawson, Drummond and Kerr Lakes Mines, the company said.

The targets identified by this geophysical program will be drilled off. The company raised $2.5 million last August for exploration program.

Of particular interest to First Cobalt are identifying new "greenfield targets" from this program, which are regarded as a "high priority."

The company has been working with Laurentian University's Metal Earth Project and the Mineral Exploration Research Centre in developing a new conceptual geological model for the Kerr area which has led to identifying other prospective areas with silver and cobalt potential in the camp.

The historic mining camp produced 600 million ounces of silver and 50 million pounds of cobalt over a 60-year period. Peak production was between 1919 and 1931 with exceptionally high-grade silver veins mined at up to 5,200 grams per tonne from both surface and underground.

"The survey is a kickstart to revitalizing our exploration interest in the Cobalt Camp," said company president Trent Mell in a news release.

"Our previous work outlined several areas for follow-up across our extensive land package. The Kerr area shows promise that unmined high grade cobalt and silver mineralization remains, but we are also excited about the potential for raw discoveries of entirely new mineralized zones in Cobalt Central at both Schumann and Caswell, where we plan to work this winter and spring. The strength of the silver market has revived interest in the Camp given its mining history as one of Canada’s richest silver districts.”

First Cobalt has North America's only dedicated refinery of cobalt.

The company's plans with the former Yukon refinery area to process cobalt feed from around the world, converting cobalt hydroxide into a highly pure, battery-grade cobalt sulfate material used by manufacturers of batteries for electric vehicles.

Construction will start in the second quarter of 2021 to boost production capacity at the plant to 55 tonnes a day, roughly five per cent of the world's cobalt refinery capacity. The plant's commissioning is slated for 2022.