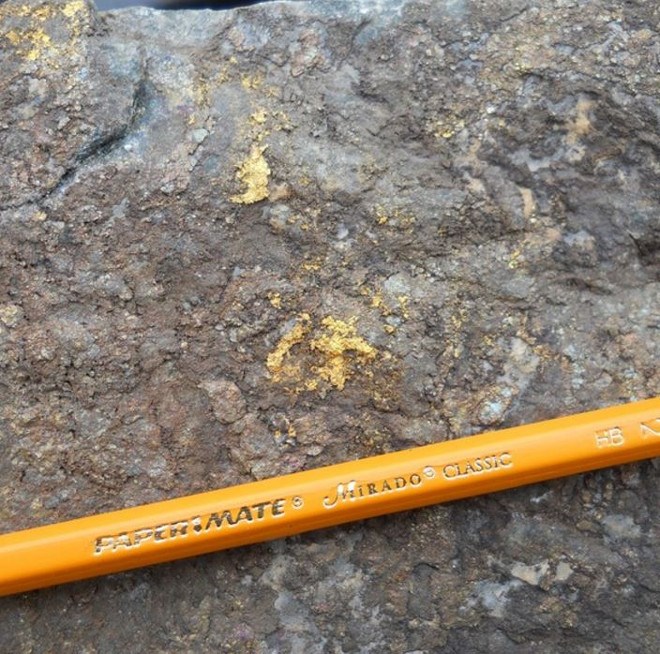 Orefinders Resources believes there is huge opportunity to revive the old gold mining camp in the Shining Tree district of northeastern Ontario.

The Toronto gold explorer has put together a complex share deal to assemble a 2,200-hectare land package that includes five former gold, silver and cobalt mines.

Orefinders reported Nov. 30 that has entered into a series of agreements for a series of three acquisitions of contiguous properties from two individual landholders and from Premet, a private company. The properties are adjacent to Tahoe Resources’ Juby Gold Project.

The land package includes the Minto Mine, Tyrenite Mine, Duggan Mine, Mann Mines, and the MacMurchy, Fawcett, and Corona claims.

Orefinders said several of the properties host very high grade or long gold mineralization intercepts as demonstrated by exploration by the previous property owners between 2010 and 2013, most notably on the Minto Mine.

The properties are located along Highway 560 in the Knight and Tyrrell townships about 80 kilometres east of Gogama.

The company views the entire district as a “significantly underexplored and a not well-understood region” with the potential to host a district-scale mining camp.

Closing of the acquisitions is subject to final approval of the TSX Venture Exchange, among other customary conditions.

In a news release, Orefinders CEO Stephen Stewart said they’ve working on this deal for a while.

The properties were owned by multiple vendors with limited access to exploration capital.

Assembling this package allows the company to collect all available data and compile into a “single cohesive model” towards unlocking the potential of these properties.

“The core assets are all contiguous, gold-focused properties, which have had a significant amount of work completed by previous owners. In addition to these core gold assets, we also acquired the Mann-Bartlett Mines which are former producing cobalt/silver Mines but not a current focus for Orefinders,” Stewart said.

“Given the recent popularity of cobalt metal, we’ve had significant interest to vendor joint venture these assets.”

About 130 kilometres to the east, Orefinders is working on its Mirado gold project near Kirkland Lake. The company is expected to release a preliminary economic assessment shortly.

Melkior, Kirkland Lake Gold seal the deal on West Timmins exploration project
Sep 29, 2020 10:30 AM
Comments
We welcome your feedback and encourage you to share your thoughts. We ask that you be respectful of others and their points of view, refrain from personal attacks and stay on topic. To learn about our commenting policies and how we moderate, please read our Community Guidelines.