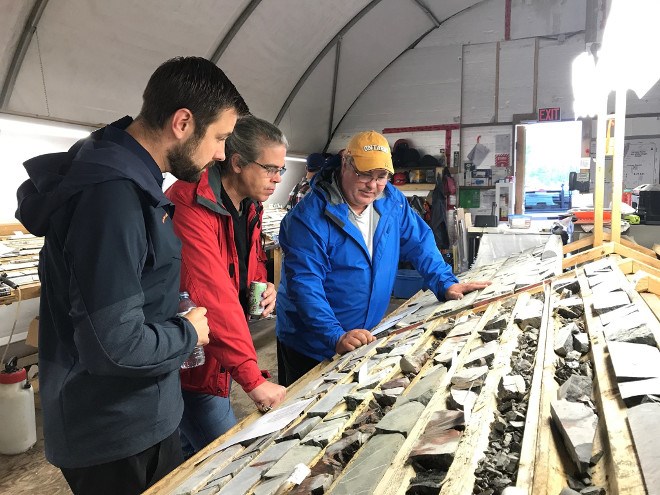 In releasing a new mineral resource estimate, the Toronto junior miner is shifting its thinking from planning an open-pit mine concept to a high-grade underground development based on the results they’re seeing from an extensive diamond drilling campaign on their property near Wawa.

The Surluga and Minto Mine South deposits are now estimated to contain a combined 230,000 ounces of indicated gold and 471,000 ounces in the inferred category, at grades over 5 grams per tonne, in assessing the gold potential from surface down to a depth of 350 metres. The grade cut-off is 2.7 grams per tonne.

Both deposits are ripe for expansion at depth with more exploration drilling upcoming.

“This new resource estimate speaks to the untapped potential of the gold deposits on the property,” said Yarie.

“With our 59,000 metres of diamond drilling and the development of a robust geological model, we have significantly improved the quality, grade and the continuity of the high-grade gold zones identified so far, at the Wawa Gold Project.”

The company has a 6,500-hectare property, two kilometres south of town, containing 10 former gold mines that collectively produced 120,000 ounces of gold at an average grade of 8.9 grams per tonne. But these historic mines were separately owned and never geologically connected.

In piecing together the property, Red Pine has since discovered new gold zones that remain underexplored. They’ve outlined a six-kilometre-long corridor of near-surface mineralization.

Yarie said these new gold zones can be accessed through the old underground workings of the former Jubilee and Surlaga Mines on the property.