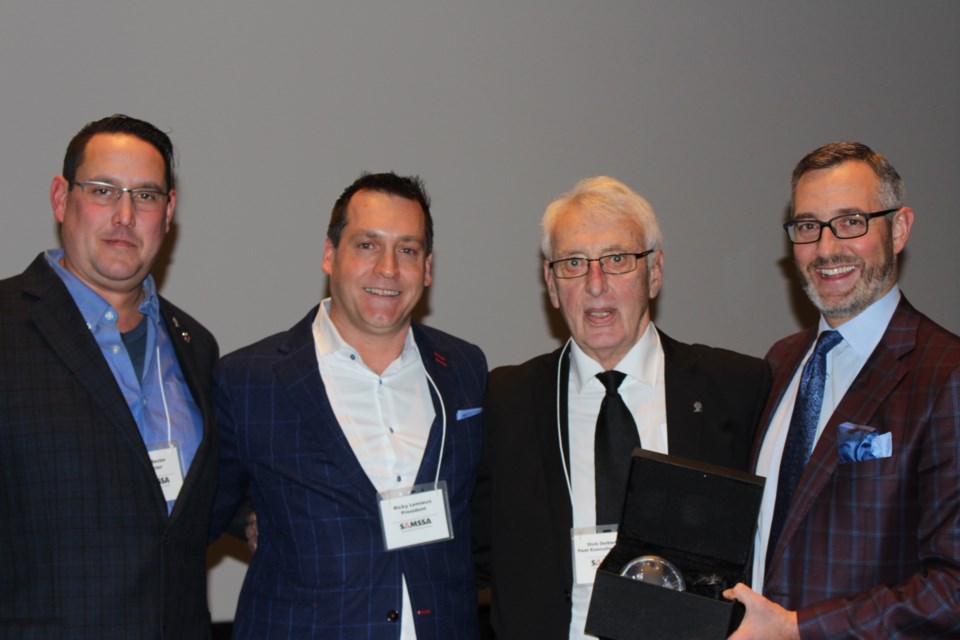 A Sudbury-based mining supply industry group has its eyes on pan-Northern and global expansion.

In welcoming members from North Bay, Timmins, Sault Ste. Marie, and Thunder Bay, the association reaffirmed its intention to support Northern Ontario businesses on a global scale and to generate leads for their member companies.

SAMSSA is currently working to increase their visibility both in the North and around the world. They've recently initiated an in-coming and outgoing export program and completed a trade mission to Nevada.

From Jan. 12 to 17, 2020, SAMSSA is planning another trade mission to Santiago, Chile. Members are being encouraged to register to explore the market towards establishing a footprint on the ground.

Ricky Lemieux, president and CEO of Rock-Tech in Lively, was welcomed as the new president of the board of directors, replacing Alicia Woods.

He joins Michael Gribbons, vice-president and treasurer, and directors Dave Rector, Jeff Smith, Marla Tremblay, Brad Gregorini, and Eddy Lamontagne on the board.

In a touching ceremony, founder and executive director of SAMSSA, Dick DeStefano, who announced that he would be retiring this year, was inducted into the SAMSSA Hall of Fame.

DeStefano's son Devin presented his father with the award, congratulating him on a lifetime of outstanding achievement.

Paul Bradette, director of business development at SAMSSA, along with other industry professionals, had kind words to say about DeStefano.

“(DeStefano) is a king businessman, a community leader, and a champion for all mining service and support companies throughout Northern Ontario as well as one of my greatest mentors."

“He welcomed me as a member back in 2008, making our business – Rector Machine Works in Sault Ste. Marie – the first non-Sudbury member of SAMSSA. His vision of our association back then was one that encapsulated all of Northern Ontario. We are truly made in Northern Ontario for the world.”

In his presentation, Bradette also took the time to showcase SAMSSA's new website, which will help potential customers and clients locate Northern Ontario businesses and their products.

With the new "Find a Supplier" button, anyone can easily locate businesses according to their area of expertise.