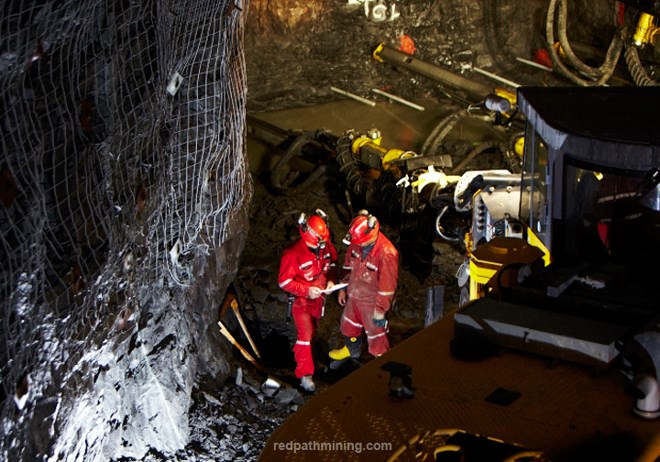 North American Palladium (NAP) selected Redpath Canada of North Bay as its contractor for a major underground expansion at the Lac des Iles Mine, northwest of Thunder Bay.

A Dec. 13 NAP news release announcing the contract signing, indicated Redpath’s scope of work over the next two years involves 6,550 metres of lateral development and 560 metres of vertical work. It will allow the mining of ore reserves located in the upper reaches of the mine, beneath and around the dormant Roby open pit portion.

“Redpath is one of the premier mining contractors in the world and we welcome them onboard as we expand the Lac des Iles mine and make it one of the largest underground mines in Canada,” commented NAP president-CEO Jim Gallagher in the release.

The Toronto-headquartered palladium wants to double its daily production throughput from 6,000 tonnes to more than 12,000 tonnes.

The discovery of new underground reserves has pushed the life of the mine out to 10 years.

NAP also mentioned that its board of directors concluded its “strategic alternatives review process” that began last February. The company didn’t elaborate on the outcome of that exercise or any decisions made.

Among the options being considered was selling the company, if it made sense to maximize shareholder value.

The Lac Des Illes mine is the company’s only operating asset. It’s located 85 kilometres from Thunder Bay and employs more than 500.