Red Lake mine developer sharing the wealth with First Nations 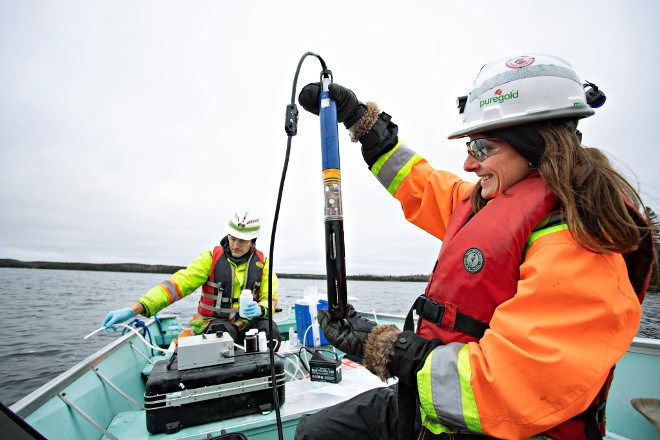 Wabauskang and Lac Seul First Nations will be part owners in Pure Gold Mining after signing a project agreement with respect to the Madsen Mine development outside of Red Lake.

Under the terms of the deal, 500,000 shares will be issued to each First Nation, subject to regulatory approval.

The agreement establishes a framework for revenue sharing based on the mine’s gold production, spells out future employment and contracting opportunities for the two Anishinaabe communities, and provides for future education and training initiatives.

The communities agree to work with the mining company in support of the regulatory permitting processes and the company has confirmed its commitment to protect the environment.

A traditional ceremony will be held in the coming weeks, said a July 29 Pure Gold news release.

Based on a feasibility study, Pure Gold gives the Madsen Mine a 12-year operating life based on a reserve calculation of one million ounces at 9 grams per tonne. The company expects those numbers to grow based on their ongoing exploration of nearby targets.

In a company news release, Pure Gold president-CEO Darin Labrenz said striking a long-term community partnerships is key to the success of Madsen.

“This agreement demonstrates Pure Gold’s commitment to developing mutually beneficial and cooperative relationships, and establishing long term benefits for the communities of Wabauskang and Lac Seul.”

“The signing of this agreement with Pure Gold recognizes our inherent rights, provides for ongoing informed consent and the sharing of the benefits from economic activity within our territory,” said Wabauskang Chief Doug Riffel in a statement.

Lac Seul Chief Derek Maud wants his community to participate in the mine’s success. “We believe the opportunities created by this Project will be realized in a sustainable manner that benefits all communities and will bring economic prosperity to the region.”