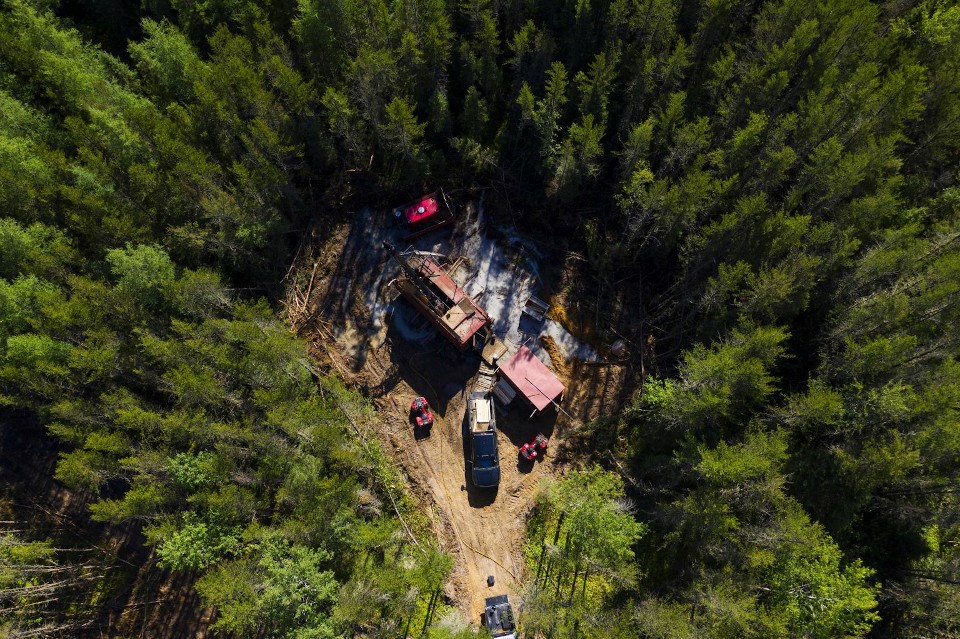 The agreement involving Great Bear Resources, Wabauskang First Nation and Lac Seul First Nation establishes a formal protocol of how the communities can communicate and engage with the junior mining company on the exploration activities taking place on the communities' traditional territories.

Great Bear is running a major exploration program on one of the most coveted properties in the Red Lake mining district.

Its Dixie Project, 25 kilometres south of town, covers more than 9,100 hectares of claims extending for more than 22 kilometres. In the last two years, numerous high-grade gold discoveries have been made.

Great Bear announced the agreement on May 26 but it actually took effect on April 28.

Wabauskang is an Anishinaabe community 100 kilometres south of Red Lake.

Lac Seul, which consists of four communities, is 40 kilometres northwest of Sioux Lookout.

The company is currently raising $33 million in exploration financing through flow-through shares. The offering closes June 2.

"We view this agreement as one of the most significant steps taken by our company to date," said Great Bear president-CEO Chris Taylor in a statement.

"While we have been working operationally with our Wabauskang First Nation neighbours for the past three years, we are very pleased to progress that relationship to include Lac Seul First Nation on a go-forward basis. We feel strongly that the Dixie project will benefit from the traditional knowledge regarding land use, environmental stewardship and cultural history stemming from our partners' long experience in this area and look forward to our ongoing cooperation and mutual benefit."

In the statement, Wabauskang Chief Doug Riffel said First Nations were often "overlooked" by mining companies in the past in being allowed to meaningfully participate in the natural resource sector on traditional land.

"Changes to the Ontario Mining Act nearly a decade ago have brought a new era of relationship building with our communities and the mining industry. The agreement with Great Bear and our shared territory neighbor Lac Seul, represents another strong step for our Communities in protecting our values while participating in resource development."

Lac Seul Chief Derek Maud was pleased with the agreement.

"We see it as an opportunity to participate in the ongoing success of Great Bear's exploration activities. The benefits generated by this exploration will help to bring economic prosperity to the region and to our communities."