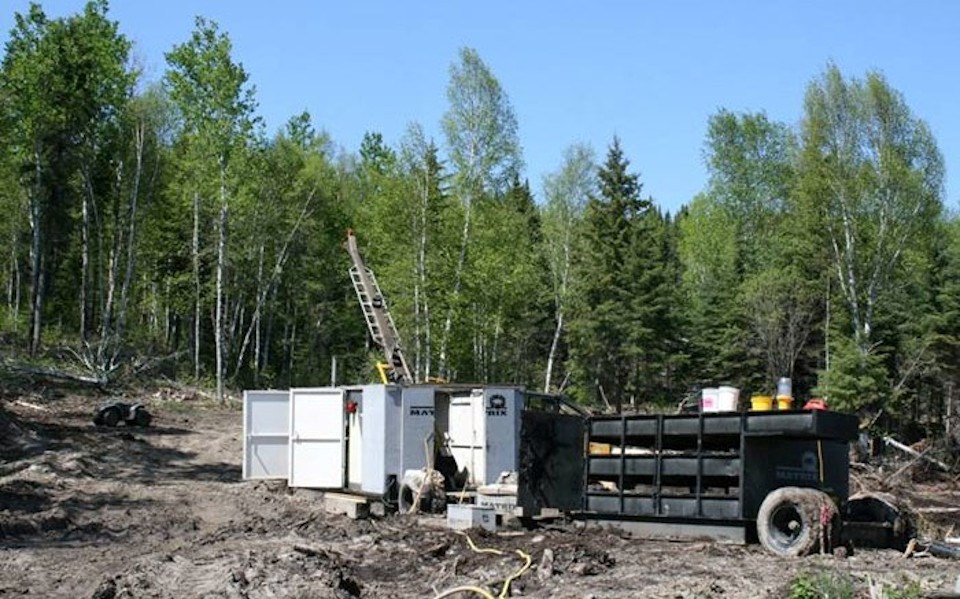 The junior explorer has been a whirlwind of activity flying airborne surveys, filing for drill permits, and running drill programs on its Red Lake gold properties.

On New Year's Eve, the company announced it closed the acquisition of the Newman Todd Project, which, according to Trillium, makes them the largest property holder in the area.

In a cash-and-share deal with Heliostar Metals, Trillium picked up the remaining 16.5 per cent ownership stake in the 198-hectare property. Heliostar gets a cash payment of $700,000 cash, 650,000 shares, and potentially a $1 million if Trillium Gold comes up with a measured and indicated resource of 1,000,000 or more ounces of gold for Newman Todd.

Trillium believes the project has excellent potential to host a gold deposit. Exploration was done in the mid-1930s and mid-1940s with only sporadic drilling below 400 metres over the years.

Last June, the company changed its name from Confederation Minerals to Trillium Gold Mines and began trading on the TSX Venture Exchange June 18.

Under the new banner, Trillium has been systematically scooping up properties in the northwestern Ontario gold camp, including acquiring full ownership of the Rivard property, next to Newman Todd, and 80 per cent of the Gold Centre property, 350 metres away from Evolution Mining's Red Lake mine workings.

In an update to shareholders, Trillium said they've submitted drill permits for three projects (Rivard, Gold Centre and Leo) and received a permit for the Rivard.

Deep drilling on Gold Centre and overburden drilling on the Leo Property are expected to commence in this year's first quarter once the permits are in.

Two drill rigs are turning this month on both the Newman Todd and the Rivard properties with a third anticipated on the Gold Centre property by the end of February.

The company said three helicopter magnetic surveys were completed on three of its Red Lake projects – Western Bear, Sydney Lake and Leo - with another airborne survey to be done on its Shining Tree property in northeastern Ontario by early January.

"It's been less than six months since I joined the company," said CEO Russell Starr in a news release, "and we've been moving at a rapid pace, completing project acquisitions, more then $13 million in equity raised by way of private placement, phase one drilling on the (Newman Todd) property, three airborne surveys, and building one of the most experienced Red Lake exploration teams currently active in the Red Lake District.

"The (mergers and acquisitions) activity completed this year was crucial to our strategy of building a world-class portfolio of projects in one of best gold camps on the globe."