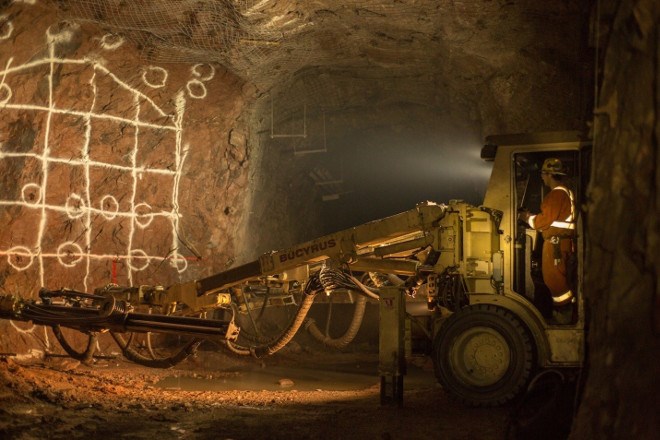 The Toronto gold miner released its 2017 and fourth-quarter production numbers and provided an outlook on the year ahead.

Included in the mix was one month of production from Island Gold, the Wawa-area mine that Alamos acquired last fall from Richmont Mines for $933 million.

It was also a record fourth quarter with 120,000 ounces posted, including 56,500 ounces from the Young-Davidson Mine near Matachewan and 9,000 ounces from Island Gold. Quarterly sales amounted to $162 million.

"We significantly improved our outlook over the past year. With a stable operating base of 500,000 ounces of annual production, improving margins, near-term growth, and a peer-leading, debt-free balance sheet, we are well positioned to deliver significant free cash flow growth over the next several years," he added.

On the development side, Alamos is budgeting $146 million for construction at its Kirazli project in Turkey and for exploration at Island Gold and its Mulatos Mine in Mexico.

Mining rates will increase to an average rate of 7,000 tonnes per day, an increase from 6,600 tonnes.

Capital spending at Young-Davidson this year will be between $70 million and $80 million, mostly focused on the ongoing upper and lower mine development and lower mine infrastructure.

Gold production will marginally decrease due to six weeks of downtime at the Northgate shaft to complete the tie-in between the upper and lower mines.

The capital budget for Island Gold is between $50 million and $55 million.

Spending is focused on going underground development and upgrades to the mill.

An expansion to the mill to 1,100 tonnes per day is expected to be completed in the second half of this year.

The company’s global exploration budget is $36 million, up 50 per cent over last year’s budget.

Island Gold will receive $15 million for an aggressive and ongoing 84,000-metre program to expand the mineral reserve there.