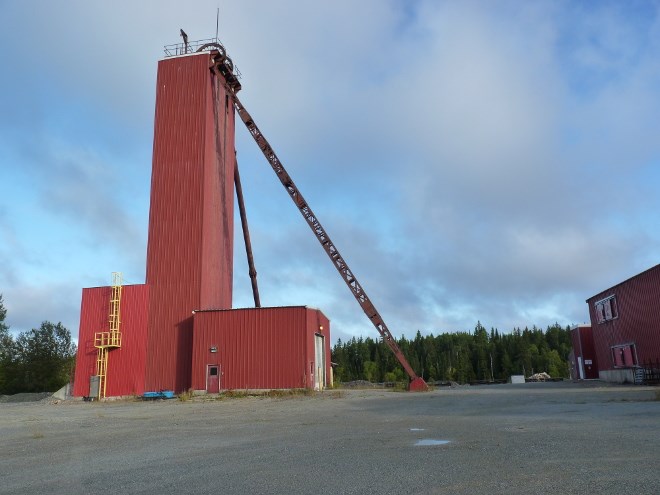 There’s new ownership coming for a former gold mine in the Kirkland Lake area.

Toronto’s Orefinders Resources announced April 3 that it has entered into a definitive agreement with Kerr Mines (formerly Armistice Resources) to acquire the McGarry Mine and Barber-Larder properties.

Under the deal, Orefinders will issue 8 million common shares to Kerr. The shares are subject to a lock-up agreement with Kerr and are scheduled to be free trading over a two-year period.

The McGarry property is in Virginiatown, between Kirkland Lake and the Quebec border, and spans 2.4 kilometres on the Cadillac Larder Lake Break, considered one of the world’s most prolific gold structures.

It’s located next to the Kerr-Addison Mine, which once produced more than 12 million ounces of gold over a 58-year period ending in 1996.

The 681-hectare property contains a head frame, shaft compartments, hoist, offices, and a core shack. A highway runs through the property.

The McGarry Mine was last in production in 2013 and Kerr Mines spent considerable money upgrading the infrastructure and doing extensive underground exploration.

The Barber-Larder Open Pit once returned 6,700 ounces of gold for a grade of 4.1 grams per tonne.

The entire property is said to host to numerous gold mineralized zones and many have only been drilled to relatively shallow depth.

In a statement, Orefinders CEO Stephen Stewart said there’s “excellent value” for shareholders with the resources in the ground, the condition of the mine infrastructure, the proximity to other gold mines, and the significant exploration upside.

“McGarry fits right in line with our Mirado Mine and Knight projects, all of which are in the Abitibi, have known resources, former production, significant resource expansion potential and access to infrastructure. We like to take advantage of work that’s been done in the past, then apply our geologic understanding and approach designed to ultimately define larger and new orebodies. This model has proven quite effective with Cote Lake, Canadian Malartic, Detour, and Sigma-Lamaque, which were all former producers in great jurisdictions that had new life breathed into them by a reinvigorated geological process and investment. Orefinders now owns three such assets, all within a tight radius of each other.”