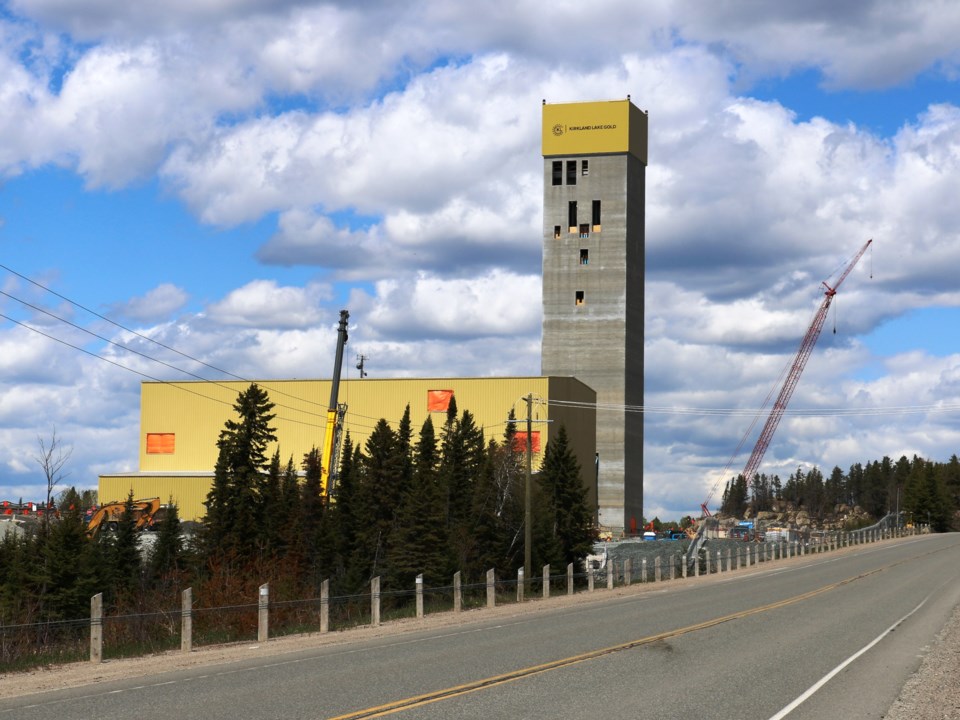 Kirkland Lake Gold has found a large “corridor” of high-grade gold, east of its Macassa Mine.

The discovery is close to where construction is taking place on a new shaft in the town of Kirkland Lake.

In an April 22 news release, the Toronto-based mining company said this looks to be part of a new corridor of high-grade mineralization – about 700 metres long and 300 metres high – and appears to provide an opportunity to expand its workhorse South Mine Complex to the east.

One of the drill holes yielded an eye-popping result of 141.1 grams of gold per tonne over a 2.4-metre length of core.

While all exploration drilling at Macassa is currently on hold due to the pandemic, these latest results came from the last round of drilling and from reinterpreting some old drill data.

This latest find is within 650 metres of the new No. 4 shaft, currently under development.

Since acquiring more ground in 2012, the company has embarked on massive year-after-year exploration programs designed to grow gold reserves at the South Mine Complex, and check out other relatively untapped geological structures.

In an April 22 statement, president-CEO Tony Makuch calls the discovery a “unique and very exciting opportunity” to ultimately grow reserves at the South Mine Complex and find more high-grade gold along the “largely unexplored Amalgamated Break,” and the Main Break. The latter geological structure has accounted for most of the 25 million ounces of historically gold production at Kirkland Lake.

“While the resurgence of mining in Kirkland Lake over the last 10 to 15 years has been driven by the discovery and growth of the SMC, we have always recognized that the Main Break remains a highly-prospective target for additional exploration success and mineral resource growth.

“The fact that the new corridor of high-grade mineralization along the Main Break is located close to planned infrastructure adds significantly to the value creating potential of today’s results.”

The company said the results came from 19 holes of underground exploration drilling as well as 15 holes of previously drilled, but not reported, along with the re-interpreted holes from the Macassa Mine. All of the new holes being reported were located on the east portion of the 5300 Level at the South Mine Complex.

Mining still continues at Macassa but all activities deemed non-essential are suspended, including exploration drilling and work on a new mill. Development of the No. 4 shaft project is ongoing but at reduced levels.

When full operations resume, the company said drilling will resume with six underground and surface rigs.

Macassa, one the world’s highest gold grade mines, is the last of Kirkland Lake’s seven original mines. It began production in 1933 and ran until 1999 when operations were suspended. Kirkland Lake Gold put Macassa back into operation with the discovery of the South Mine Complex in 2002.