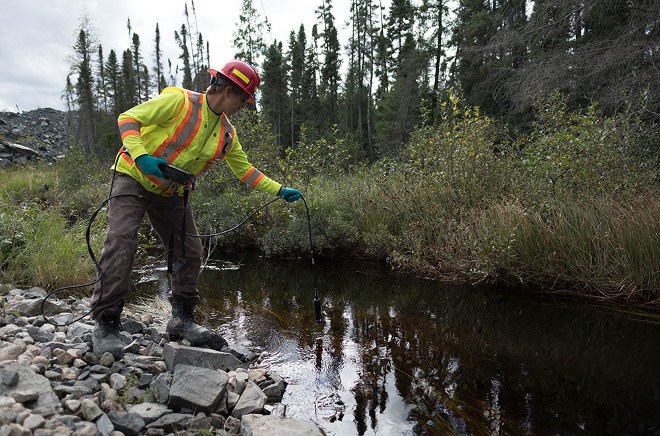 Large natural resource projects, like the Ring of Fire, will be scrutinized under new environmental regulations.

A new oversight body, the Impact Assessment Agency of Canada, will be formed to review all major natural resource projects, taking into account health, social and economic impacts.

The bill will replace the much-maligned 2012 Canadian Environmental Assessment Act. The government said previous reforms to environmental regulations had “eroded public trust” and were putting the environment and communities “at risk.”

The proposed new rules are intended to increase public participation, with early and often engagement, on all project reviews.

Decisions will be based on science and incorporate Indigenous traditional knowledge. There will be set timelines to reach decisions on project reviews.

Large resource projects will be subject to a panel review comprised of experts appointed by the minister.

Ottawa is budgeting $1.01 billion over the next five years to support these new regulations.

Hundreds of major resource projects worth more than $500 billion in investments are planned in Canada over the next 10 years, according to the Ministry of Environment and Climate Change.

“We listened and took action to fix this,” said McKenna in a statement.

“With better rules for major projects, our environment will be cleaner and our economy stronger. Making decisions based on robust science, evidence and Indigenous traditional knowledge, respecting Indigenous rights, and ensuring more timely and predictable project reviews will attract investment and development that creates good, middle-class jobs for Canadians.”

The Mining Association of Canada (MAC) comments that the legislation creates a sufficiently-funded agency with the ability to run an efficient process and take “more innovative and fair approaches” to address impacts.

But the group said there are concepts related to timelines and costs that could negatively impact the mining industry’s competitive and future growth.

“How well the regulatory regime works is a decisive factor for the health of the mining industry and Canada’s ability to attract new mineral investment,” said MAC president Pierre Gratton in a news release.

“It will also influence whether Canada can harness the potential of a low carbon future, which has already begun to increase global demand for key minerals and metals such as copper, lithium, nickel, cobalt, iron and steelmaking coal.”

The Association for Mineral Exploration (AME) president Edie Thome is encouraged by a bill that establishes firm deadlines for environmental assessments and that decisions will be arrived to reflect the public interest along with “economic considerations.” AME chair Lyn Anglin called it a “promising first step in a consistent, time-bound and transparent impact assessment” that’s needed to attract mineral investment in exploration.

“The public deserves informed, predictable decisions, which in turn need to be based on collaboration between the federal and provincial governments with meaningful participation of Indigenous Peoples.”

Assembly of First Nations National Chief Perry Bellegarde welcomed the federal government’s steps to include the recognition of treaty rights, early and ongoing consultation and incorporating Indigenous traditional knowledge into the review process.

“Several of the priorities expressed and the input shared by First Nations is reflected in the proposed legislation announced by the federal government today,” said Bellegarde in a news release.

“There is always room for improvement and with the full engagement of First Nations, we will seek every opportunity to further improve this proposed legislation, including ensuring its consistency with the United Nations Declaration on the Rights of Indigenous Peoples.”