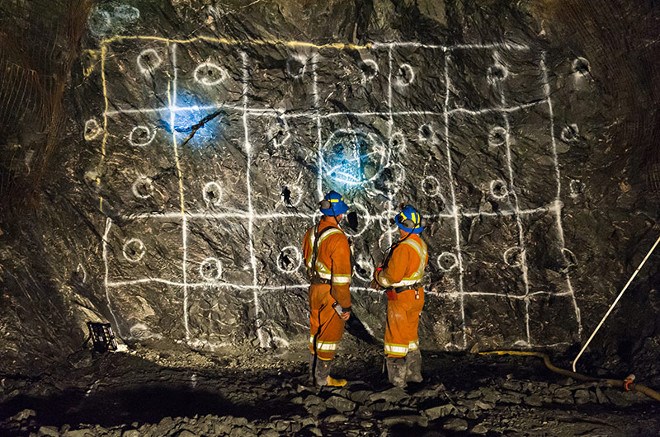 It was a record haul for Kirkland Lake Gold in 2017.

The Toronto mid-tier gold producer posted total production numbers of 596,405 ounces from its mines in northeastern Ontario and Australia.

The final tally beat their forecasted guidance numbers of 580,000 to 595,000 ounces, led by the Macassa Mine in Kirkland Lake and its new acquisition, the Fosterville Mine in the state of Victoria, Australia.

Production in the fourth quarter of 2017 from all its mines totalled 166,579 ounces, up 9 per cent from the same quarter the previous year.

“We had a successful year in 2017, achieving record results at all of our operating mines, beating our improved consolidated production guidance, which had been increased three times during the year, and reporting solid growth in mineral reserves,” said company president-CEO Tony Makuch in a Jan. 11 news release.

He was particularly impressed by their stretch drive in 2017, calling the fourth quarter “our best quarter ever for production” with its workhorse Fosterville Mine putting up numbers that were 74 per cent better in 2017 than during the same period the previous year.

“Over the last year, Fosterville has joined our Macassa mine as one of the world’s highest-grade gold producers, with mineral reserve ounces and the average reserve grade more than doubling and annual production capacity increasing to over a quarter million ounces per year, with more growth to come.”

Makuch said they intend to keep the momentum going by building mineral resources through exploration and by reducing unit costs.

“Supporting all of our activities is a strong balance sheet, with cash and cash equivalents of approximately $230 million at December 31, 2017 and no debt.”