Mining veteran brought in to reboot palladium mine

The last two years at North American Palladium’s Lac des Iles mine, Jim Gallagher has experienced a major company refinancing, an ownership changeover, a management reshuffle, a tailings pond issue, a round of layoffs, and the tragic death of a worke
Nov 2, 2015 6:30 PM By: Ian Ross 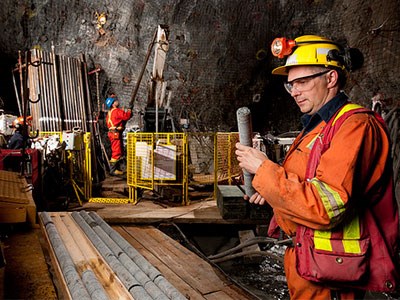 After turbulent times, management at Lac des Iles mine, near Thunder Bay, is looking to instill sound mining and safety practices.

The last two years at North American Palladium’s Lac des Iles mine, Jim Gallagher has experienced a major company refinancing, an ownership changeover, a management reshuffle, a tailings pond issue, a round of layoffs, and the tragic death of a worker.

As the newly anointed president-CEO, Gallagher is hoping the streak of bad luck has run its course and he can now focus on the positives.

“We’re setting the goal of becoming one of the best mines in the world.”

Earlier this year, the Toronto-headquartered miner was struggling under a crushing debt load until Brookfield Capital Partners recapitalized and restructured the company. Gallagher was promoted to the top job last August, replacing Phil du Toit, who resigned.

Weak metal prices in September caused the company to cut its workforce by 44 and it chose not fill 17 vacant positions.

The 15,000-tonne-per-day processing mill is back to running on an intermittent mill schedule of 14 days on and off running 13,400 tonnes. It will also stop blending low-grade ore, taken from a surface stockpile, with higher-grade ore mined from underground.

With a remaining workforce of 422, Gallagher said some workers could be called back if prices rebound sufficiently.

“They aren’t all permanent. Some is the normal restructuring that you do when it’s time to get lean.”

Gallagher is a 30-year mining veteran experienced in operations, engineering and consulting with Falconbridge and Hatch.

Upon arriving at NAP in 2013, Gallagher recognized a good ore body with a large milling facility and everything in place to run a fairly efficient mining operation.

“What I saw was less than perfect management and not enough good engineering,” he said.

“The metal was still warm on the new ore-handling system,” but parts of it had to be ripped out and redesigned.

As Hatch’s senior manager of mining and mineral processing, Gallagher got a chance to globetrot and view the best mining and safety practices at remote mines in Australia and Scandinavia. At Lac des Iles, he has a chance to put that accumulated knowledge to full use.

“We struggled at the start with safety. But we are now running 440 days without a lost-time accident,” said Gallagher, during an early October interview. “We’ve turned the corner since we had a fatality in the middle of last year.”

The mine, which is situated 90 kilometres northwest of Thunder Bay, began as the open pit Roby Zone in 1993, before going underground by ramp in 2006 to access the Roby High Grade Zone.

Declining metal prices in 2008 resulted in the mine being mothballed.

When production resumed in 2010, a new shaft was sunk to deepen the mine to the 825-metre level to access the newly discovered Offset Zone. That project was completed a year ago.

Gallagher said with more promising exploration targets in and around the mine site, it’s unlikely the shaft will be deepened any further.

“I think we’d have to prove up at least 15 million tonnes at depth before we would get into deepening the shaft again.”

With a huge 62,400-acre land package, Gallagher said ownership is committed to spending $10 million next year on “step-out” exploration, including a fault structure at Camp Lake that comes to surface.

“We don’t think there’s another huge pit, but there are smaller higher-grade little zones,” he said.

The company is also building a new retention pond for its tailings management facility after water balance issues, caused by a combination of abnormal amount of spring runoff and limited capacity, resulted in a controlled release of water into the nearby watershed.

With a positive preliminary economic assessment in hand, which includes an expansion to the open pit, Gallagher said the potential is there to mine for 15 more years should palladium prices rebound.