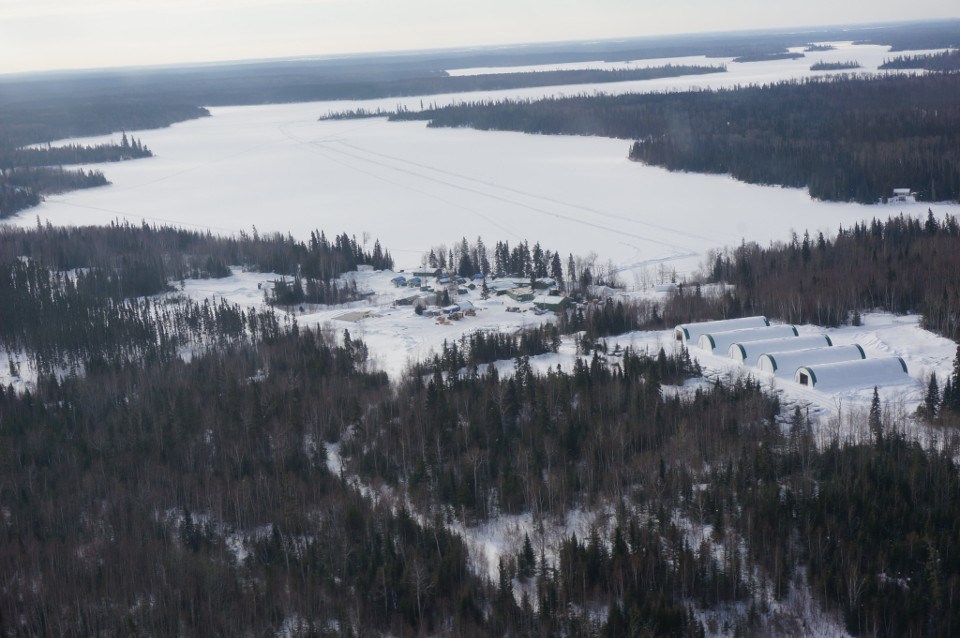 The coronavirus' rapid spread across Canada has junior mining executives and mine developers in Northern Ontario weighing the safety and exposure of their workers in deciding whether to proceed or temporarily lock down operations until conditions improve.

The factors of remoteness, proximity to susceptible populations, the ability to contain an outbreak, and a transient workforce figure prominently in their evaluations, as evidenced in a roundup of recent news releases issued by the companies.

Noront Resources decided to pull stakes on their Esker exploration camp in the Ring of Fire.

The company calls the closure a “necessary precaution to help protect the health and well-being of our employees and the communities surrounding our operations," 530 kilometres northeast of Thunder Bay.

The remote James Bay area camp has 20 workers, most of them from Marten Falls and Webequie First Nations. The logistics of flying in and out of the campsite would make it difficult to contain an outbreak, Noront said in a release.

“We also recognize there are vulnerable people living in the remote communities our workers return to at the end of their shift, and closing Esker will help keep those community members safe," the company stated in a March 19 news release.

Noront said no employee has tested positive for the coronavirus.

Their Toronto and Thunder Bay offices remain open but Noront said most of their staff are working at home.

With the camp closed, their attention is on completing metallurgical testing of drill core taken from their recent program at their Eagle’s Nest nickel deposit, the first of six they intend to develop at McFaulds Lake.

The company is sending employees and contractors home from doing any further exploration work at their Springpole and Goldlund gold projects.

They report no cases of COVID-19 at either their camp or head office and a work-from-home policy has been implemented.

At Springpole, 110 kilometres northeast of Red Lake, one of two drill crews were demobilized last weekend as the decision was made to place the project on care and maintenance.

The company said on March 26 that the program could resume later in the spring or summer.

At Goldlund, between Dryden and Sioux Lookout, crews were also sent packing after drilling close to 4,900 metres. The company said their geology team will be interpreting the assay results before planning the remainder of this year’s drill program.

As of March 6, First Mining said they have $12 million cash on hand.

Over in Red Lake, it’s business as usual for Pure Gold in reviving a former gold-producing property, albeit with some safety precautions added.

With no confirmed or suspected cases of COVID-19 among its ranks, the Vancouver mine developer said March 20 that construction at its Madsen Mine project continues normally.

Everything looks to be on track to start production in late 2020.

All contractors and visitors to the site are being screened, as are returning employees on shift change. International travel for employees has been suspended and those engaged in the detailed engineering work for the mine are encouraged to work from home.

Their Red Lake neighbours, Rubicon Minerals, aren’t backing off on underground exploration on their mission to restart their shuttered Phoenix Gold Mine project, northeast of town.

The company said on March 23 everything is continuing as planned, “for the time being,” as they practise safe spacing, clean and disinfect, and limit visitors at the site.

Rubicon has camp accommodations on the property, built before the company entered creditor protection in 2016, but it's dormant as most of their employees live in the area.

A small contingent of fly-in, fly-out workers are being asked to stay home.

Pandemic or not, New Age Metals is soldiering on cautiously with a 1,600-metre drill program at its River Valley platinum group metals project, 100 kilometres east of Sudbury.

“This drill program is the first phase of our 2020 exploration and development program, and will run through April,” said Harry Barr, chairman-CEO of New Age, in a March 26 release.

“The company continues to monitor the COVID-19 pandemic and is evaluating the potential risks to our staff and contractors. In light of the fluid nature of events, the company would like to note that there is no certainty that the current exploration activities will be completed without interruption.”