City hosted virtual unveiling of third installment on May 21
May 26, 2021 9:00 AM By: Northern Ontario Business Staff 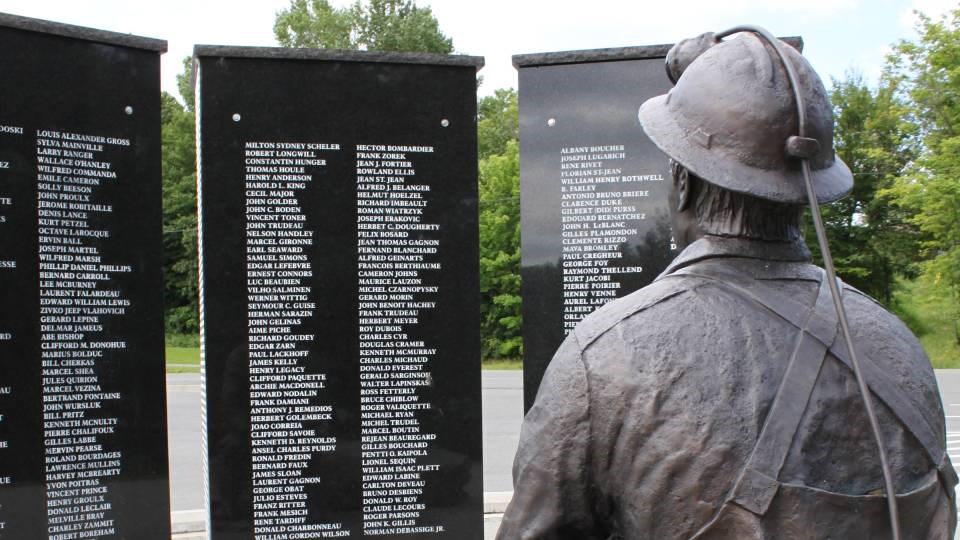 The City of Elliot Lake marked the completion of Miners' Memorial Park on May 21.Northern Ontario Business file photo

The third and final piece of a trilogy installed at Miners’ Memorial Park, located on Highway 108 overlooking Horne Lake, was unveiled on May 21.

“It's been a long process, but a really good experience, I think, for the community,” said artist Laura Brown Breetvelt, who revealed her most recent work in a video marking the virtual unveiling.

“Certainly, for myself, I'm honoured to be a citizen, born and raised in Elliot Lake, and to have this finally come to fruition is a real thrill for me.”

The third instalment of the memorial honours the prospectors who staked ground in the area and discovered its rich uranium deposits. It's presented in two pieces.

The first depicts the figure of a prospector, cast in bronze, wielding a hammer and a claim stake.

It's backed by the second piece, a rectangular granite pillar etched on one side with an image of the Elliot Lake forest and on the other with a poem completed by the artist and her husband, David E. Luxton.

A series of plaques with the names of the 16 prospectors who discovered the area are embedded in the ground lining the pillar.

“I know how much it means to the mining community itself, and to tell that story, the history of Elliot Lake, was an honour,” Brown Breetvelt said.

The city said it would host a more official unveiling later in the summer once it is safe to do so.

Watch below as the City of Elliot Lake reveals the third and final instalment at Miners' Memorial Park.

This most recent addition now completes the memorial park project, planning for which first got underway in 2003.

The Mining Monument features the figures of a miner and a little girl cast in bronze, alongside a stylized headframe and a pillar with historical information about the local uranium industry. It was completed in 2005.

The Miners’ Memorial is a series of granite pillars engraved with the names of Elliot Lake mine workers who have died from workplace accidents or occupational illness. A bronze figure of a miner seated on a rock overlooks the tribute.

It was first unveiled in 2007, but new names are added regularly as loved ones purchase personalized bricks to add to the display.