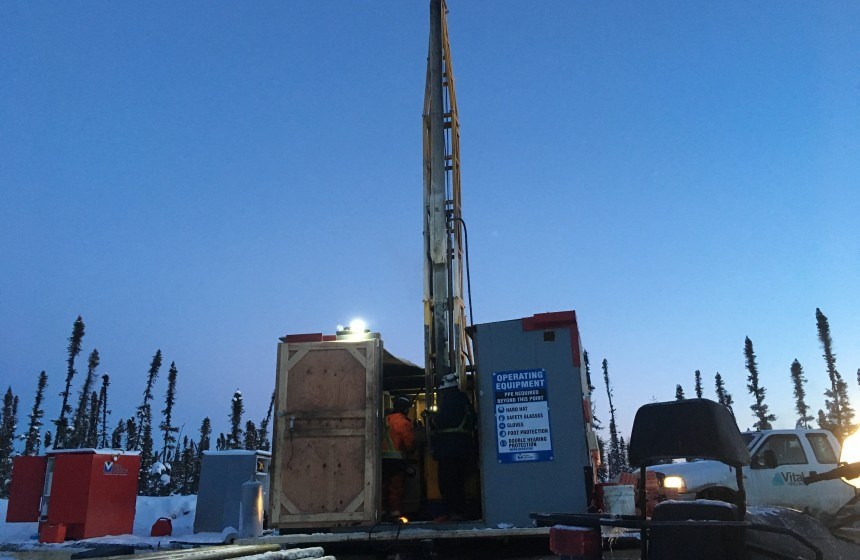 The Massey area, west of Sudbury, has become a hotspot for palladium exploration for two junior mining companies.

The company began a 10,000-metre drilling program last February on a deposit that could have open-pit potential.

Their East Bull property sits 24 kilometres north of Massey and is 90 kilometres west of Sudbury. The company picked up the 992-hectare property in Gerow Township in February 2019.

Based on examining and testing the results of drilling performed by a previous company, Canadian Palladium released an inferred palladium estimate of 523,000 ounces in July 2019. The current drilling program is intended to expand that mineral resource.

To date, the company has completed more than 7,000 metres in 33 holes.

"Canadian Palladium is pleased with the results we have received to date which will significantly expand the current resource," said company director Garry Clark in an Oct. 8 release.

"The next phase will be to test the area between the Garden and Valhalla Zones."

Not far away, Toronto's Grid Metals is exploring for palladium mineralization along a 12-kilometre-long structure at its own East Bull Lake Property.

Drilling began last month and four holes have been completed to date with three more holes upcoming in an area where one of the surface samples collected last summer showed a palladium value of 7.67 grams per tonne.

The company said drill samples taken from East Bull compare favourably to the feed run through the mill at Lac des Iles palladium mine near Thunder Bay.

"Results to date from the 2020 exploration program reinforce our belief that the widespread palladium mineralization we continue to discover on the property is the ‘smoking gun' that will lead us to areas of enhanced grade and thickness," said exploration vice-president Dave Peck in an Oct. 7 statement.

He added the fact that palladium grades in surface and drill core samples are exceeding one gram per tonne, over a strike length of more than 20 kilometres, provides the justification to keep exploring.

"We firmly believe that significant potential remains for the discovery of one or more feeder structure-related palladium deposits on the property," said Peck.