Island Gold Mine continues to be Alamos' rock star 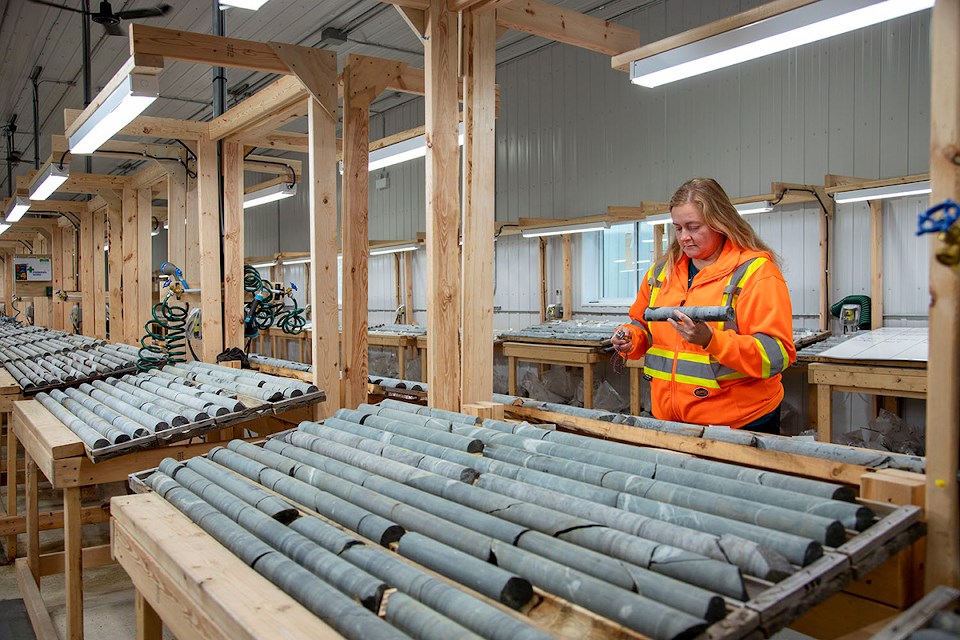 Alamos Gold is allocating a huge chunk of its 2021 exploration budget to its Island Gold Mine near Dubreuilville.

The underground mine was the "largest driver" in increasing gold reserves and resources among Alamos' operations in Canada and Mexico, according to a Feb. 23 news release.

The Island Gold Mine, located 15 kilometres east of Dubreuilville, has more than replaced the gold reserves that have been mined.

The proven and probable gold reserves at the underground operation stand at more than 1.3 million ounces, up eight per cent from 2019.

When it comes to classifying mineral discoveries in this industry, these are at the top of the scale in terms of the degree of confidence of being economically mined.

The mine delivered its largest annual increase in inferred resources to date, and showed them to be at significantly higher grades. All this despite a pandemic-shortened exploration program in 2020, according to Alamos.

Gold in the inferred resources category at Island Gold went up 40 per cent from 2019, sitting at 3.2 million ounces. Inferred resources are at the lower level of confidence based on limited geological data, but this can be upgraded with more exploration.

The mine is undergoing a third phase of expansion which will boost average annual gold production to 236,000 ounces by 2025.

More high-grade resources have been added to the mix at Island Gold when Alamos acquired a next-door neighbour, the Trillium Gold Mining property for $25 million last year.

Of the $50-million company-wide exploration budget that Alamos has set aside for 2021, Island Gold is getting $25 million, up from the $12.9 million spent on exploration in the Dubreuilville area last year.

“We had an excellent 2020 on the exploration front despite a smaller than planned program due to COVID-19," said Alamos president-CEO John A. McCluskey in a statement.

“Island Gold is now approaching five million ounces of combined mineral reserves and resources with excellent potential for this growth to continue with the deposit open laterally and at depth. This growth further increases the value of the operation beyond what was outlined in the Phase III Expansion Study this past year and reaffirms the decision to put in a shaft,” he added.

Alamos operates three mines, two in Northern Ontario with Island Gold and Young-Davidson near Matachewan, and the Mulatos Mine in Sonora State, Mexico.

To the east, the Young-Davidson Mine increased its gold base to 3.2 million ounces, up three per cent from 2019. The increase in reserves came in at slightly lower grades of 2.44 grams per tonne.

Out of Alamos' exploration budget, Young Davidson is receiving $7 million. There's not any significant exploration drilling at the Matachewan mine since 2011.

A small underground program last year discovered gold beneath the current deposit. Now that Alamos has installed new infrastructure in the lower portion of the mine that should provide a better platform to increase production rates and do more exploration in 2021.