Is there a mine in the future for Marathon? 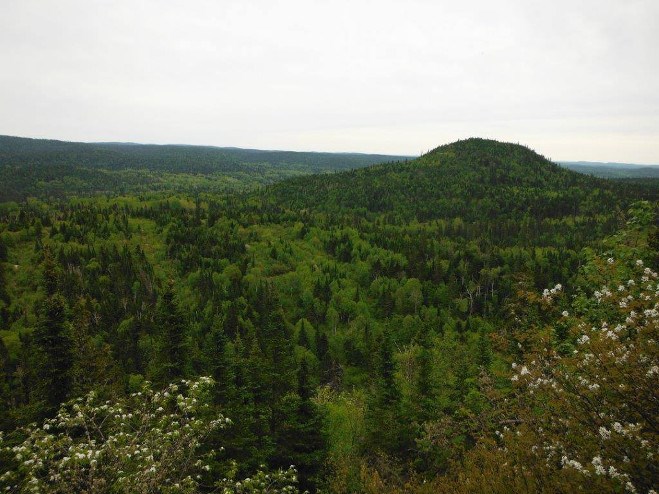 A base metal company wants to explore the mine potential of its property near the north shore of Lake Superior.

Generation Mining has started a preliminary economic assessment (PEA) of its Marathon palladium-copper project, 10 kilometres outside of the town of the same name.

The Toronto company announced Oct. 15 that it has instructed P&E Mining Consultants to investigate a number of mining scenarios, including a “starter pit” which can be scaled up to full production.

The PEA is expected to be completed by year’s end. If the technical report looks positive, the next stage is a feasibility study to definitively determine if the property is mineable.

With 219 square kilometres of ground at their disposal, the company calls their Marathon Deposit the largest undeveloped platinum group metal (PGM) resource in North America.

“We are looking forward to an evaluation of this project at much higher palladium prices than in any previous studies,” said Generation Mining president-CEO Jamie Levy in a statement.

“The two-year trailing average price of palladium is now near $1,200 per ounce, and the spot price is near $1,700 per ounce. Past studies were done at palladium prices of less than $500 per ounce.”

The area north of town has been considered prospective for quite some time.

Between 1985 and 2010, a succession of companies posted a number of mineral estimates, most notably Marathon PGM Corp. which sold it to Stillwater Mining Company for US$118 million in 2010. The property was inherited by Sibanye-Stillwater when Stillwater was purchased in 2017.

Last July, Generation Mining picked up a 51 per cent stake in the project from Sibanye Stillwater. They can increase their ownership to 80 per cent by spending $10 million on the property over the next four years.

In early September, the company released a new mineral estimate on the deposit, showing a measured and indicated resource of 7.13 million ounces of palladium grading 1.24 grams per tonne.

Those numbers could improve, the company said, as exploration drilling continues on extensions of the main deposit and outlying satellite deposits.

The Marathon deposit is Generation Mining’s main project. The company also has a molybdenum property in British Columbia, zinc properties in Alberta and Nova Scotia, and a base metal play on the Arctic coast.