Let the games begin. There was plenty of jockeying for position in Sudbury's mining business world.
0
Aug 29, 2008 7:15 PM By: Kelly Louiseize 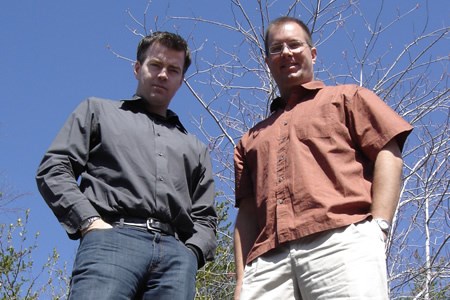 Let the games begin. There was plenty of jockeying for position in Sudbury's mining business world.

Vancouver based-Hunter Dickinson has entered into a strategic investment agreement with Sudbury-based Independent Nickel to acquire 40,000,000 units of Independent Nickel at $0.35 per unit for gross proceeds of $14 million on a non-brokered basis.

The transaction has shaken the tree and now Victory Nickel has announced a hostile takeover bid for Independent.

The question remains what is best for shareholders?

Before announcing their intentions,Guy Mahaffy, C.F.O. of Independent Nickel said Hunter Dickinson went through a thorough due diligence process, flying out to visit the Lynn Lake deposit in Northern Manitoba, reading through reports, visiting the head office, and speaking with anyone who needed to be involved in the process.

“They know our company better than anyone else,” Mahaffy said.

Interest began at the Prospectors Developers Association of Canada Conference last March and was nurtured through friendly and frank conversations.

The Hunter Dickinson announcement also consists of one common share of Independent and one warrant that will entitle the holder to acquire one common share of Independent for $0.45 in the first year and $0.50 in the second. Proceeds will be used to advance feasibility and other studies on Independent Nickel's 100 per cent owned Lynn Lake Nickel property in Northern Manitoba where a 10.7 million tonne reserve has been identified.

But the deal was not only about the $14 million price tag and the $18 million cheque, if Hunter Dickson decided to exercise their warrants. Truth be told, Independent could have raised that money and more if they wanted, Mahaffy said.

It was about strategic investment as the president of Independent attests.

"This strategic investment by Hunter Dickinson moves Independent Nickel forward on two fronts." he stated. "It provides the necessary funding to advance Lynn Lake through full feasibility and towards production and, of equal importance, it gives Independent Nickel access to a deep talent pool of successful mine builders and company builders.”

They are no slouches, Mahaffy said.

“I couldn't think of a better group to make a strategic investment with.”

It is unlikely the same can be said if Victory Nickel is victorious. The hostile bid will mean Independent will cease to exist.

“Under the scenario where the Victory Nickel succeeds you would be more likely to see Independent Nickel management integrated into Victory in some capacity,” Mahaffy said.

Murphy,received a courtesy call from Victory vice chairman and C.E.O., René R. Galipeau, giving him a heads up that a notice was printed in the Globe and Mail for the following day.

To say the week has been frenzied is an understatement for both Sudbury-born entrepreneurs of Independent Nickel. Mahaffy is taking it in stride. His office is scattered with papers, but it is organized chaos. He is juggling numerous balls in the air and his job is to catch the right one.

Victory is predominantly owned and managed by Nuinsco Resources. It has property beside the Lynn Lake deposit called the Minago Nickel Property.

“The Victory deal is asking shareholders to tender their Independent shares to take back Victory shares. After that closes they would likely have to go to market for funding of the next phase of work at Lynn Lake, which is expected to have a price tag of $30 million.”

If Hunter becomes the successor, then shareholders will still get a piece of Minago through the royalties.

“(Victory Nickel)is projecting paying us $74 million over a 16-year mine life,” Mahaffy said adding that those numbers were crunched three or four years ago.

So the decision to shareholders is “do you want to own 10 per cent through the royalty of Minago or do you want 25 per cent direct ownership with some operation risk?”

At the same time, shareholders don't want the royalty to kill the project. This has happened all too often with other mining projects stated Galipeau in the Northern Miner.

Some of the poignant questions will be who they want running the bigger nickel house.

“There is the big distinction,” Mahaffy said.

Hunter Dickinson has a stable of companies that provides management and technical services to a group of publicly traded companies active in mineral development worldwide.

A phone call was put in to both men, however, no calls were returned before the article went to press.

Independent is about four years to production with a price tag of about $40 million for mine rehabilitation and infill drilling. Once in operation Mahaffy expects to increase their reserves. An estimated $148 million is expected in pre-production expenditures.

HighGold starts drilling near Timmins
Feb 26, 2020 10:31 AM
Comments
We welcome your feedback and encourage you to share your thoughts on this story. We ask that you be respectful of others and their points of view, refrain from personal attacks and stay on topic. To learn about our commenting policies and how we moderate, please read our Community Guidelines.