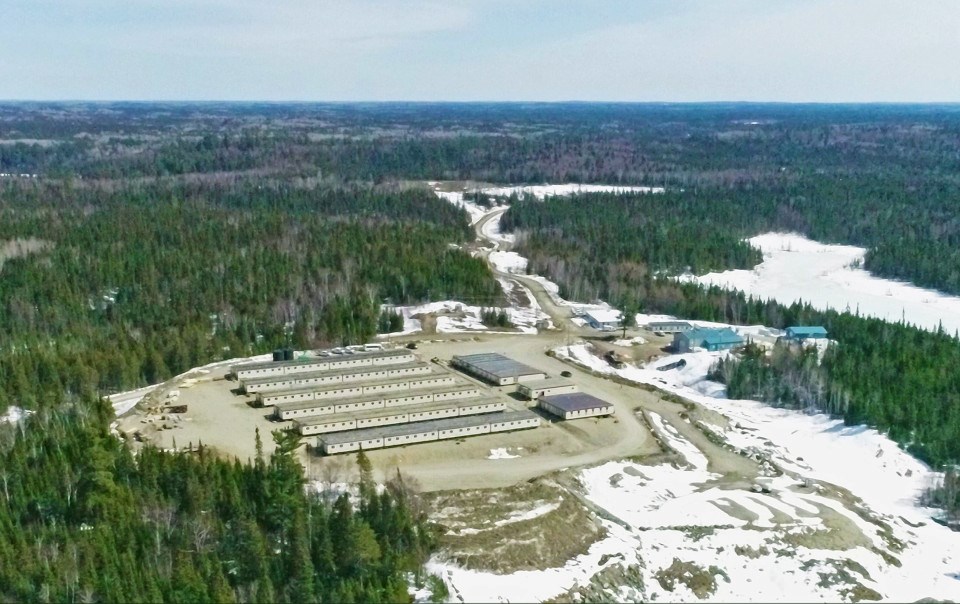 The Toronto mid-tier miner provided a project update on May 3 in a release of its financial results and operating performance for this year's first quarter.

In a statement, company president-CEO Gordon Stothart seemed pleased with the pace of construction despite a coronavirus outbreak in March.

"At Côté, we started major earthworks ahead of schedule and have attained 18 per cent completion of the project at March 31."

The Côté Gold Project is located 130 kilometres southwest of Timmins and 200 kilometres northwest of Sudbury. IAMGOLD holds a 64.75 per cent majority ownership stake in the mine project through a joint venture with Sumimoto Metal Mining.

The mine's completion date is set for mid-2023.

To date, the company said there's been no interruptions to the project schedule due to the pandemic.

A project milestone was recorded at Côté with 1.24 million hours achieved without lost time as of March 31.

The company said earthwork contractors continued work during the quarter on road widening, overburden stripping (removing the top soil to make an area ready for mining) and began work on water and tailings management facilities near the proposed pit.

Two Alberta companies - North American Construction Group and the Nuna Group of Companies - formed a joint venture partnership to handle the earthworks portion of the build.

Wood PLC, a Toronto engineering and consulting company, is handling the overall management services for the US$1.3-billion mine.

Civil works are underway at the plant site and concrete activities. Initial pre-stripping work for the pit begins in the second quarter, as planned, the company said.

Temporary work camps are now fully erected and commissioned. Construction of the permanent mining camp is underway, to handle peak construction workforce requirements. About 50 per cent of the total number of rooms planned have been installed to-date.

IAMGOLD said its total project costs, since last July 1, is in the range of US$875 million to $925 million. The share of leasing is expected to be approximately $120 million.

So far, Côté has an 18-year mine life based on gold reserves of 7.3 million ounces, plus 10.2 million ounces more in the measured and indicated category. More positive is expected later this year on extending the mine life.

On the exploration end, the miner said delineation drilling continues at its Gosselin Zone, a potential satellite deposit located 1.5 kilometres northeast of the the Côté gold deposit.

Three thousand metres were drilled during the quarter with the goal of establishing a first-time gold resource estimate at Gosselin, due out later this year.

IAMGOLD has budgeted $2.8 million for exploration at Gosselin and other areas on the Côté property.

In March, there was a coronavirus outbreak at the construction camp.

The company said additional steps have been take on the safety protocol front to detect cases before people reach the site, including antigen testing at the bus terminals in Sudbury and Timmins.

Besides the Côté Gold construction project in Canada, the company has another mine in the development pipeline at the Boto Gold project in Senegal, along with greenfield and brownfield exploration projects in North and South America and West Africa.