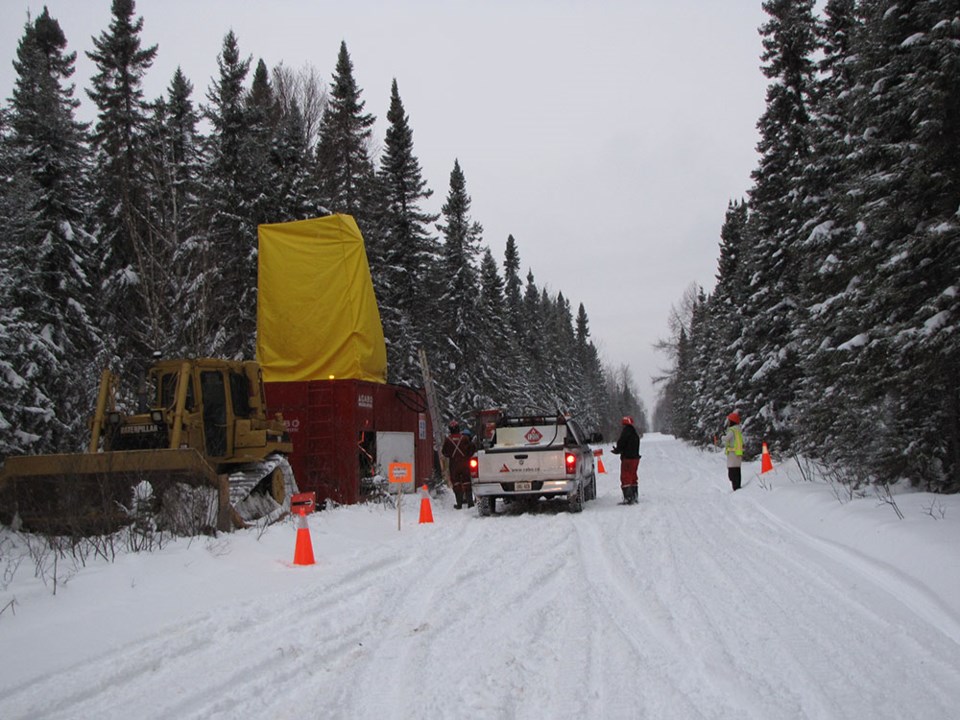 HighGold has suspended its 5,000-metre drill program at its Timmins-area properties. (Supplied photo/HighGold)

HighGold Mining has joined the list of mining and mineral exploration companies amending operations as a precautionary measure against the spread of the COVID-19 virus.

In a March 17 news release, the Vancouver, B.C.-based exploration company said it had suspended drilling at its Timmins-area properties.

The company had announced at the end of February the start of a 5,000-metre winter drill program at its Munro-Croesus, Golden Perimeter and Golden Mile properties, located north and south of the city, respectively.

So far, the company said, it had drilled 12 holes for 2,524 metres, and HighGold said it would look to restart operations “when appropriate to do so.”

HighGold president-CEO Darwin Green called it the “prudent and responsible course of action under the circumstances.”

“The company is in strong financial condition with $12 million in cash, no debt, and low overhead,” he said in the release.

“We believe the fundamentals for gold to be positive over the next 12 to 24 months and HighGold, with its combination of quality gold assets and healthy treasury, will be well positioned when markets emerge from the current global crisis.”

The company said the properties’ close proximity to area logistics should mitigate the cost of shutdown and restart of the program.

In addition to its Timmins properties, HighGold has a flagship asset, the zinc-copper Johnson Tract Gold project, in Alaska.

COVID-19 keeps Wawa-area gold production on hold
Apr 3, 2020 2:44 PM
Comments
We welcome your feedback and encourage you to share your thoughts on this story. We ask that you be respectful of others and their points of view, refrain from personal attacks and stay on topic. To learn about our commenting policies and how we moderate, please read our Community Guidelines.