The graphite processing company has signed an MOU with a company based in Pennsylvania.
0
May 3, 2017 11:00 AM By: Northern Ontario Business Staff 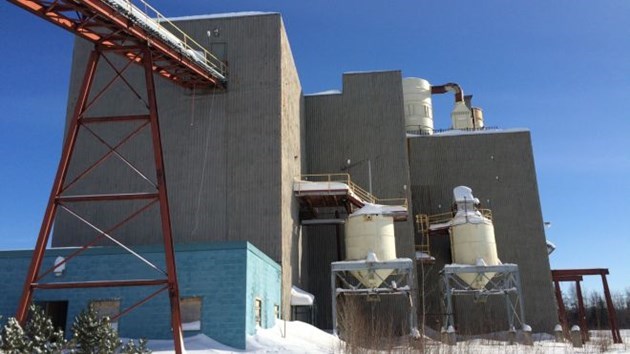 Great Lakes Graphite has been operating out of this Matheson facility owned by Northfil Resources since 2015. But it has terminated the operation agreement and is moving its business to the U.S.

Great Lakes Graphite is moving its graphite processing facility from Matheson, outside of Timmins, to the U.S.

The company announced on May 3 that it had terminated its agreement with Northfil Resources, which owns the Matheson mill, and has struck up a memorandum of understanding with Shamokin Carbons, a privately owned provider of carbon products that has multiple locations in Pennsylvania.

In a news release, the company said termination of the agreement, which was struck in May 2015, would take effect immediately.

“After careful consideration and extensive discussions with representatives of Northfil Resources Ltd., the company has agreed to immediately conclude operations at the Matheson facility and, alternatively, will focus on ramping up production operations at partner locations in the U.S.,” the company said.

Great Lakes Graphite had refurbished the mill — which formerly processed vermiculite — to micronize graphite, which grinds the material into a fine powder.

The company even received $412,360 from the provincial government toward the refurbishment.

Great Lakes Graphite said it had started working with Shamokin in 2016, which had allowed it to fulfill a number of orders for synthetic graphite.

The company cited Shamokin’s experience and logistics as primary reasons behind the move.

“Shamokin is a great partner for us,” CEO Paul Gorman said in the release.