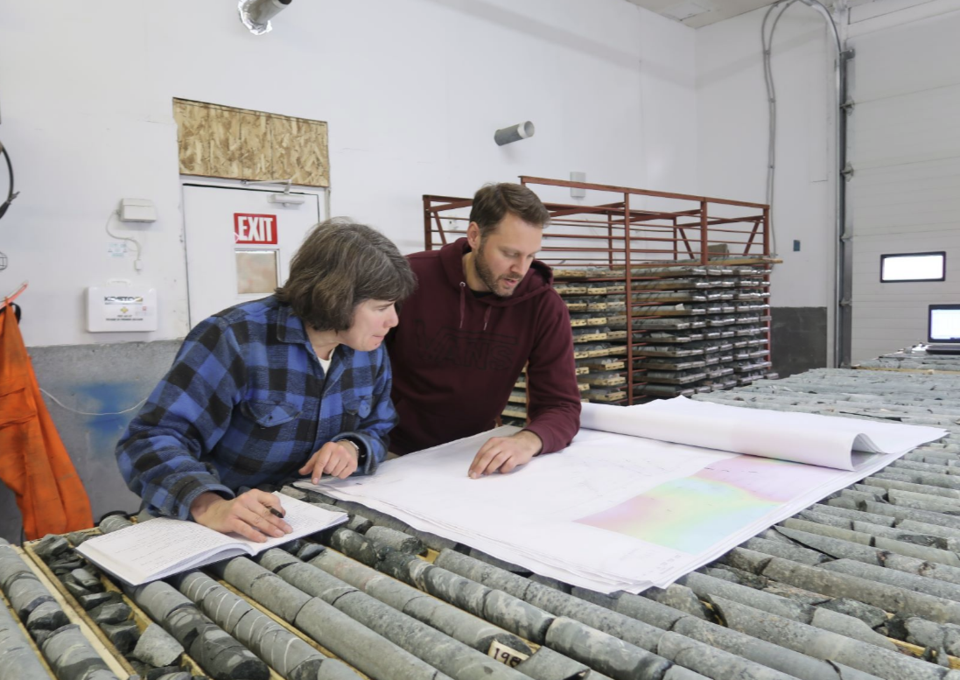 GFG Resources is reporting the discovery of a new gold zone at its Pen Gold Project near Timmins. (GFG photo)

GFG Resources is reporting the discovery of a new gold zone at its Pen Gold Project west of Timmins.

In 2018, the company undertook a 4,744-metre drill program, drilling 19 holes ranging in depth from 150 to 500 metres. Using historic and new data sets, the program focused on six text targets.

The results from hole PEN-18-016 at the company’s Crawford target came back grading 21.26 grams of gold per tonne over 1.7 metres, “making it a priority target for additional work in 2019,” the company said.

“We are very pleased with our discovery at Crawford and the high success rate of intercepting high-grade gold mineralization in the inaugural drill program at the Pen Gold Project,” Brian Skanderbeg, president and CEO, said in a news release.

“The fact that we encountered a new gold zone and other numerous high-grade intercepts clearly demonstrates the potential that exists in this underexplored land package.

“Based on these results and those from our regional till sampling program, we strongly believe that we will continue to outline additional gold systems and demonstrate that this area of the Abitibi represents an exciting new region to make gold discoveries.”

The company said Phase 1 of its 4,000-metre 2019 drill program is ongoing, with two drill rigs focused on “highly prospective targets” in the Reeves, Slate Rock, Deerfoot and Jehann regions.

Over the next six months, the company said, it would continue till sampling, ground geophysics, prospecting and mapping work at Pen Gold, and Phase 2 of the 2019 drill program is planned to start in the second half of 2019.