Former Kenora nickel mine may have some life left 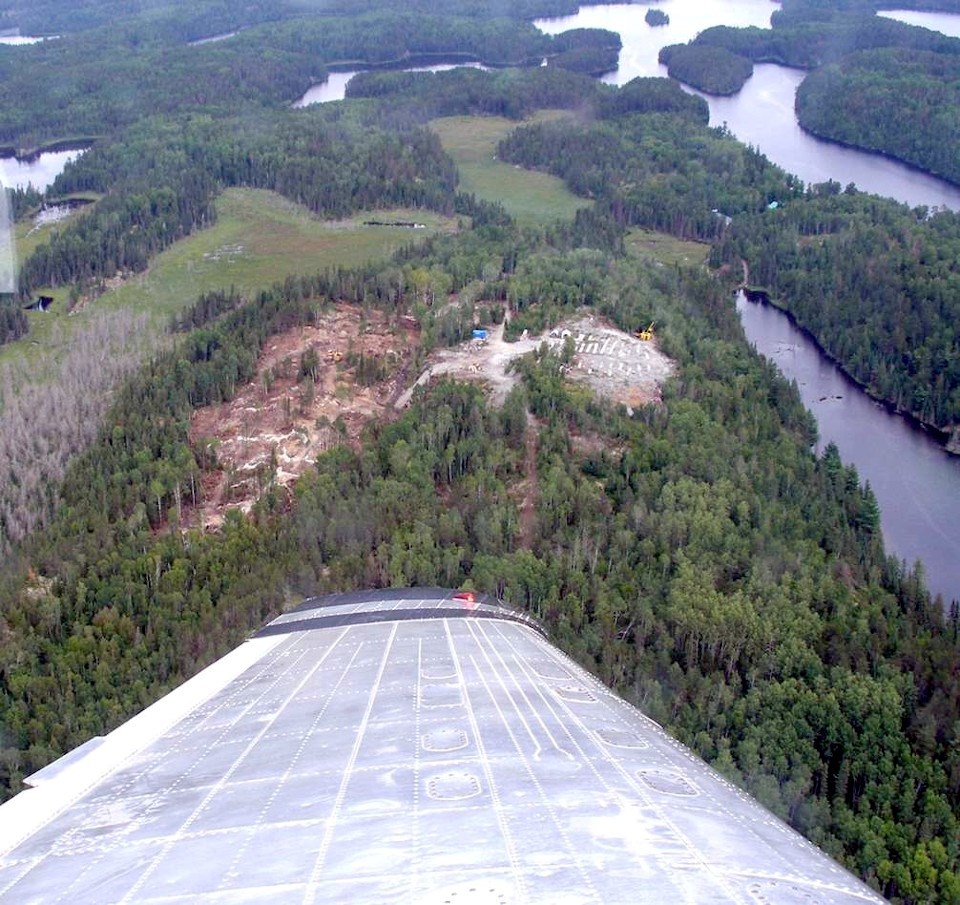 A Toronto junior miner has released a new mineral estimate after poking around an old Kenora-area nickel mine from the 1950s.

In preparing for an upcoming exploration program, Tartisan Resources complete a review and re-estimation of the nickel and copper resources at the Kenbridge deposit near Sioux Narrows in northwestern Ontario.

In the late 2000s, Canadian Arrow Mines had been sizing up its Kenbridge property for both an open pit and underground mine, 70 kilometres southeast of Kenora.

Canadian Arrow produced a preliminary economic assessment for the project in 2008. Tartisan acquired the deposit in early 2018.

The updated resource estimate shows a combined open pit and underground measured and indicated esource of 7.58 million tonnes at 0.58 per cent nickel and 0.32 per cent copper for a total of 95 million pounds of contained nickel.

An "aggressive" surface exploration and definition drilling program is in the works to upgrade and indicated and inferred mineral resources, and test some high potential nickel exploration targets.

Tartisan said the highest grade nickel appears to be deeper down.

The company expects to deliver a new preliminary economic assessment "based on this very positive mineral resource update."

The Kenbridge deposit was discovered in the late 1930s. Falconbridge acquired the property in 1952 and began construction of a mine in 1954.

A 609-metre shaft was sunk with two working levels. The mining operation was shuttered after two and half years in 1958 when it was determined there was no feasible way to move ore out for processing.

The property remained dormant until Canadian Arrow Mines picked it up in 2007. After 40,000 metres of drilling, Canadian Arrow published its PEA in 2008.

“The updated mineral resource estimate was necessary to determine if Kenbridge mineralization is potentially extractable under current metal prices and exchange rates," said CEO Mark Appleby in a Sept.17 release.

"This is a major milestone achieved by the company as the market conditions for Class 1 nickel sulphide deposits improve." Tartisan's other assets are its Sill Lake silver property north of Sault Ste. Marie and the Don Pancho Manganese-Zinc-Lead-Silver Project in Peru.