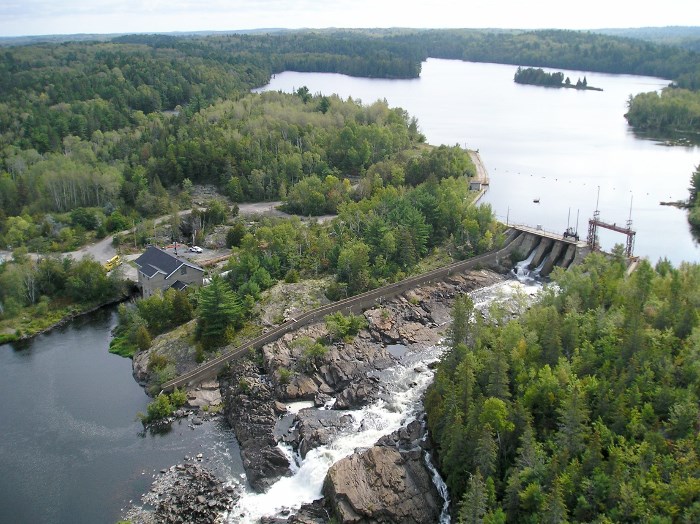 The Wabagishik Generating Station, owned and operated by Vale, is located about 50 kilometres west of Sudbury.Supplied photo/Vale

A contract employee with Vale was killed in an industrial incident west of Sudbury on Feb. 24, following an incident with heavy equipment.

The 29-year-old man was travelling in the area of a construction site near the Wabagishik Generating Station, located about 50 kilometres west of Sudbury, at the time of the incident.

The Wabagishik Generating Station spillway replacement project is a three-year project to build a new spillway for the Nairn Centre-area dam to help Vale better manage water levels at the site.

“Vale regretfully confirms that on Feb. 24, a contract employee was fatally injured while travelling near our Wabagishik Dam Project in Sudbury,” Vale spokesperson Danica Paganutti said in an email.

The name of the deceased individual is being withheld out of respect for the family.

“Our deepest condolences and thoughts are with the family, friends and colleagues of this individual during this very difficult time,” said Dino Otranto, chief operating officer for Vale's North Atlantic & Asian Refineries.

“We are doing everything we can to support them and to better understand what happened during this incident.”

The matter is being investigated by Greater Sudbury Police Services and the Ministry of Labour.

The Ministry of Labour said the constructor is Stuart Olson Industrial Constructors Inc. and the victim’s employer is Mammoet Canada Eastern Ltd.

“It was reported a worker was fatally injured while operating heavy machinery,” said a Ministry of Labour spokesperson.

A ministry inspector and engineer attended the scene and issued three requirements. The investigation is ongoing.

In a letter to Vale employees, Otranto said flags across the Ontario operations have been lowered in recognition of the fatality and will remain lowered until the memorial for the man takes place.

The letter also stated managers are connecting with employees to discuss the incident and the importance of safety within the company’s operations.

“There is nothing more important than the safety of our workforce,” said Otranto in the letter.

Vale has offered critical incident stress management support to the contracting company and its team.