Expansion on the horizon for North American Palladium 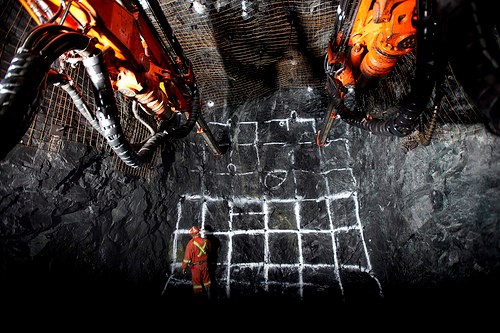 Years of exploration in and around the Lac des Iles mine site is now bearing fruit for North American Palladium (NAP) in northwestern Ontario.

The Toronto-headquartered miner is reporting a massive update in its mineral reserves and resources estimates for the operation located 90 kilometres northwest of Thunder Bay.

The company reports an increase of 18 million tonnes in the reserves to 38.5 million tonnes at an average grade of 2.25 grams per tonne (g/t) palladium for a total of 2.78 million ounces of contained palladium.

Much of that tonnage was discovered between the 905-metre level and the 1300-metre level of the Lower Offset Zone.

In a May 29 news release, the company said based on the new estimates, a new feasibility study will be published in June. A new mine plan is also in the making, featuring a return to full-time mill operation, expansion of underground mining in its Offset Zone, and a resumption of open-pit mining operations.

The new mine plan features a return to full-time mill operations, expansion of underground bulk mining on the Offset Zone and a resumption of open-pit mining operations.

The company said these developments will reduce unit costs of production and, combined with strong current and forward-looking metal prices, will allow North American Palladium to extract a higher proportion of the known mineral inventory at lower mining cut-off grades.

The company is also employing a new mining method to boost production levels by transitioning from a large open stope blast hole mining to sub-level shrinkage (SLS), a variation of sub-level cave mining where waste fill will be introduced to the top of the cave.

In a statement, NAP president-CEO Jim Gallagher said the increase in the mine’s reserves are the results of drilling and engineering efforts since 2015.

"The updated mineral reserve provides the foundation for a planned, major expansion of the Lac des Iles Mine. We have completed a successful ramp-up of the new, lower-cost SLS mining method and will soon return to full-time mill operations. We have also added two recently discovered zones into the mine plan.

"These developments are expected to translate into an increase in average annual palladium production over the next several years. They also demonstrate our ability to translate exploration success at Lac des Iles into new production on a condensed timeline. Management has also conducted a review of our expanded portfolio of exploration targets both at the mine site and several greenfield opportunities to set priorities for a planned increase in exploration drilling."

A new life of mine plan with an accompanying economic analysis is coming in June and will be filed on SEDAR.

On the exploration front, the company reports it’s been compiling a number of promising PGE claims on greenfield properties within a 50-kilometre radius of the mine site over the last two years.

Combined with the exploration targets that have been identified within the mine, the company feels positive about its near and long-term prospects.

Lac des Iles is the only mining operation in the world that primarily produces palladium. North American Palladium has been operating it since 1993.