Pele Mountain Resources has entered a pre-feasibility study on its way to developing the first operating uranium mine in Elliot Lake since 1996.
0
Jul 22, 2008 6:15 PM By: Ian Ross 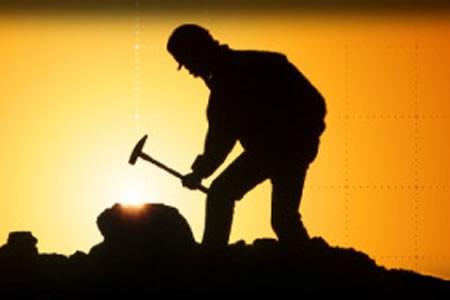 Shefsky says his company has hired a group from Serpent River to assist with baseline environmental work.

Pele Mountain Resources has entered a pre-feasibility study on its way to developing the first operating uranium mine in Elliot Lake since 1996.

The company released a scoping study last fall outlining a scenario for developing a mine producing 826,000 pounds of uranium over an 18-year mine life.

Exploratory drilling continues this summer to upgrade and expand Pele's resource base, but not all is rosy.

Serpent River First Nation leaders are rising in opposition to uranium exploration along the North Shore of Lake Huron.

Chief Isadore Day was not available for comment, but in a statement said uranium exploration activity on their traditional land is moving faster than the Ontario government's pace of consultation with his community.

With other developments taking place in the area such as cottage lots, quarry projects, forestry, hydro-electric projects, Day says the government must do a better job in their duty to consult on what has taken place in recent years.

Serpent River residents have distinct memories of the uranium industry.

The reserve of 1,000 is just downriver from Elliot Lake where millions of tonnes of dumped radioactive tailings contaminated water in the Serpent River. Many in the community were stricken with cancer from drinking and cooking with contaminated water during the 1950s, 60s and 70s.

"We have experienced a number of tragic incidents with respect to uranium in our community's history," said Day in a statement, "and we are determined not to allow any of that damage to be inflicted upon our people or lands ever again."

Based on his relations with Serpent River, Pele Mountain president Al Shefsky believes his company's advanced stage project is not specifically being targetted.

"We continue to communicate in a friendly and productive about the project."

Shefsky says he is sensitive to the community's needs and its infamous legacy with uranium mining industry and adds resource revenue sharing with First Nations should be considered.

"I think the time has come that it should be taken seriously," says Shefsky, with a portion of taxes and royalties collected by government from mines on traditional lands going back to First Nations.

Shefsky says his company has hired a group from Serpent River to assist with baseline environmental work.

Ontario is 16th best place on the planet to park your mining dollars
Feb 25, 2020 2:00 PM
Comments
We welcome your feedback and encourage you to share your thoughts on this story. We ask that you be respectful of others and their points of view, refrain from personal attacks and stay on topic. To learn about our commenting policies and how we moderate, please read our Community Guidelines.