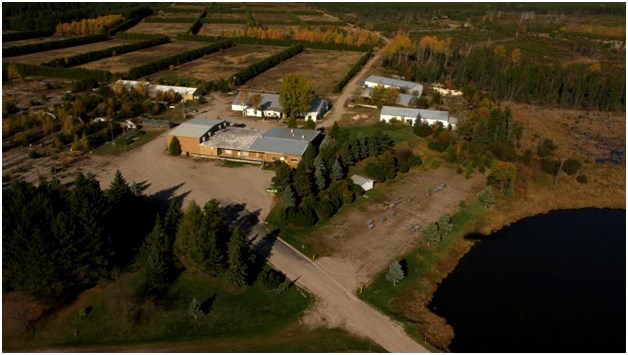 Treasury Metals’ Goliath gold mine project won’t cause any adverse impact to the environment and can proceed to development.

The federal government has wrapped up its environmental assessment (EA) of the proposed open-pit and underground mine and mill project, located 20 kilometres east of Dryden in northwestern Ontario.

Minister of Environment and Climate Change Catherine McKenna made the announcement, Aug.19.

In a news release, the Canadian Environmental Assessment Agency concluded “that the project is not likely to cause significant adverse environmental effects when mitigation measures are taken into account.”

Treasury, which has been exploring on the property since 2008, began the federal EA process in 2015.

On the back of another proposed mine in nearby Ignace, Goliath Gold is a big win for the Dryden area. There could be as many as 450 construction jobs and 250 permanent jobs when commercial operations begin in 2021.

"Today's decision is based on scientific evidence, consultations with the public and Indigenous groups, and collaboration with experts,” said McKenna in a statement.

“The project will create good jobs in the community, and is also subject to binding conditions to protect the environment. By working together, we can make sure the environment and the economy go hand in hand. "

The company still has 144 conditions to abide by to protect human health, wildlife habitat and the use of lands and resources by Indigenous people.

Treasury Metals expects to have all its federal and provincial permits and approvals in order later this year with the intent of beginning mine construction immediately. The construction period will take 18 to 24 months in aiming toward the 2021 startup.

Goliath will start as an open-pit operation before transitioning underground during the later stages of its production life.

Over the years, the company has assembled a 50-square-kilometre property where they continue to do more exploration.

The initial mine life is pegged at 12 years, which conceivably would see Goliath operating until 2033 with the property closed and cleaned up by 2042.

But those timelines could be lengthened if the company finds more economical gold.

Treasury Metals continues to do more drilling on new targets to expand the deposit, which currently stands at 1,229,800 ounces of measured and indicated gold, and 226,700 ounces in the inferred category.

The project is advanced to the feasibility study stage and Treasury expects to release a new mineral deposit sometime this year.

“The company has made major commitments and efforts to advance the project, and we would like to thank the local communities, the representatives of the local Indigenous communities, the public, and the various government agencies for their work and participation throughout the EA.”