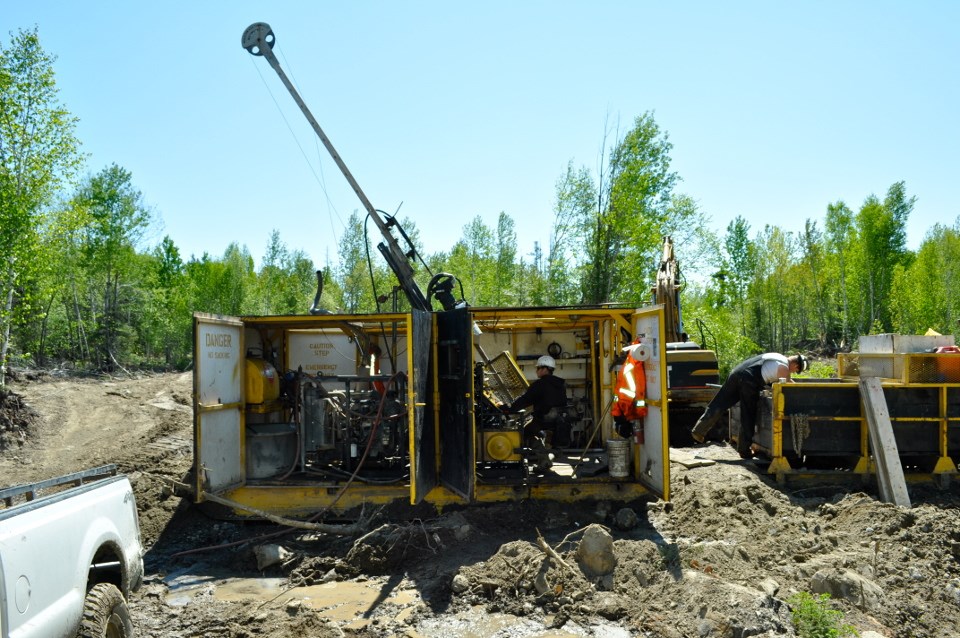 A Vancouver gold explorer is looking for a deep-pocketed partner to start a drill program on a Savant Lake property in northwestern Ontario.

New Dimension Resources announced that they successively completed an earn-in agreement, signed back in 2016, and now completely owns a 20,270-hectare property, 240 kilometres northwest of Thunder Bay.

“Savant Lake is a drill-ready project with significant potential for the discovery of both high-grade gold and base metals deposits,” pronounced CEO Eric Roth in an April 7 news release.

Their project sits on a greenstone belt with high-grade gold occurrences within iron formations as well as copper, zinc and gold showings within a massive VMS (volcanogenic massive sulfide) deposit.

The company draws comparisons of the mineralization as being similar to the Musselwhite Mine, more than 200 kilometres to the north.

Despite its great gold potential, New Dimension considers the area largely underexplored. No significant work has been done since the early ‘80s.

The company began drilling the north side of the property in 2017 but left the middle and southern parts largely untested.

Over the winter, they’ve queued up seven priority targets for the next phase of drilling.

New Dimension gave no date when that will start since they’re still working on ways to finance a program, including searching for an exploration partner, according to Roth.

“Our short-term priority for the Savant Lake project will be to continue discussions related to the funding of an initial 3,500-metre diamond drill program, including through potential deals with appropriate joint venture partners. I look forward to keeping the market informed as we move towards executing this drilling."

Outside of northwestern Ontario, New Dimension is advancing their Domain gold project in Manitoba, a joint venture interest with Yamana Gold. They also hold a trio of gold-silver projects in Argentina.