Digital storytelling for the mining industry 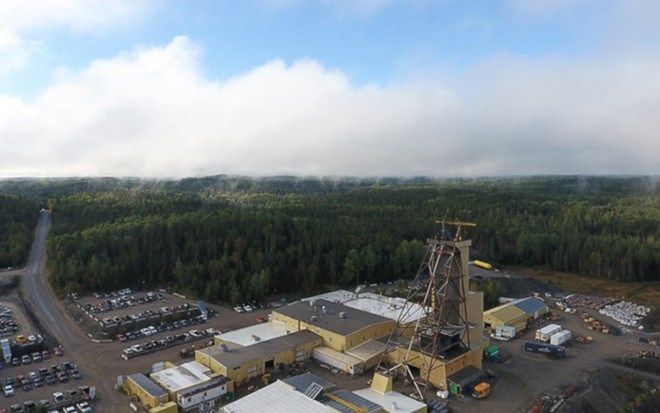 The mining industry doesn’t always do a great job of communicating its message to the masses.

Vancouver tech entrepreneur Stephen de Jong is out to rectify that, one company at a time.

The junior mining executive has a rapidly growing technology platform where both mining-savvy and novice investors alike, or even citizens concerned about a mining project, can better visualize what a company is up to from the convenience of their smartphone, tablet or desktop.

“Whether it’s a community trying to understand what you’re bringing to the table or if it’s an investor looking at your stock, we need to find a way so people are making more informed decisions,” said de Jong, president-CEO of VRIFY, a technology startup he co-founded with partner George Salamis in 2017.

VRIFY just recently launched a partnership with Kirkland Lake Gold for a first-of-its-kind online tool that will allow the mid-tier miner to evaluate potential investment opportunities.

De Jong, who is also chairman of Integra Resources, a gold and silver company with a project in Utah, is scheduled to appear at the MECA symposium in Sudbury in October.

Back when de Jong was president of Integra Gold from 2012 to 2017, his junior exploration outfit was out to revive the former Sigma-Lamaque gold mine complex just outside of Val d’Or in northwestern Quebec.

To draw eyeballs to their project in the Abitibi region, they fully embraced technology as a tool to better showcase themselves.

“If you charter a plane, you only bring 10 to 20 people out (for a site visit),” said de Jong. “Why not do it in such a way that you bring a thousand people out?”

Using basic off-the-shelf technology, they created a virtual mine tour, linking together panoramic photos to give a 360-degree view of the site.

This digital elevator-style pitch proved compelling to potential investors, allowing them to see the lay of the land, above and below ground, and visualize the company’s plans, rather than sitting through a tedious, one-dimensional corporate slide deck presentation.

They sold Integra Gold and their original $10-million investment to Eldorado Gold for $590 million in the summer of 2017.

Through the experience of raising capital and the sales process, de Jong said they realized that delivering a really nifty downloadable app containing dynamic content, directly into someone’s hand, was a much better way to communicate what they do.

“That’s where the decision was made that this stuff belongs on a platform.”

The financing environment for junior miners remains tough. Rather than wait for a market rally, de Jong believes there are plenty of good prospects worth promoting to investors of all stripes. But the industry needs to repackage its story in an easily digestible format rather than simply putting out a technical jargon-filled news release of exploration drill results.

“You shouldn’t be just flipping through a PDF trying to understand what a company’s message is,” said de Jong. “There’s an interactive way to do it.”

What began as VRIFY in 2017 with five employees and four mining client companies – Goldcorp, Pure Gold, Alio Gold and Integra Resources – they’ve since grown to a staff of 40 serving more than 80 clients with projects worldwide.

“We’re almost drinking from the firehose these days. There are so many opportunities that we haven’t had a chance to chase down yet.”

The VRIFY team can basically take all the content that’s included in a PowerPoint presentation – technical data, photos and map, graphs – and also incorporate satellite imagery and drone video to make it an immersive experience.

Point-and-click hot spots with popup text and video help the viewer orient themselves to the site.

“You have all this content. We just put it in a way that people can actually understand it.”

For small junior miners, they provide a style guidebook on how to take photos. With bigger mine sites, VRIFY will employ a photographer or send in their own.

VRIFY charges an upfront fee to set up the content – which ranges between $10,000 and $20,000 depending on scale of the property or operation, and the data points included – plus they charge a monthly fee.

The tech company's latest iteration is the Deal Room, a cloud-based 3D presentation with Kirkland Lake Gold as the first miner signed on.

The mid-tier mining company is on the hunt to make new discoveries, develop new mines and secure future reserves to its existing operations at Macassa Mine in Kirkland Lake and Fosterville in Australia.

Through the Deal Room, Kirkland Lake Gold has outlined a pre-qualified checklist for exploration companies to make submissions in order to spur financing deals, joint ventures, and merger-and-acquisition potential.

“What Kirkland Lake Gold is trying to do with this digital portal is that anyone in the world with a project that fits their preset criteria can put a submission in,” said de Jong.

“On top of that, they want to see those submissions with interactive 3D models because it’ll allow them to make a very good first pass and decide if they want to get in further than that.”

Through a humourous promotional video for the Deal Room, they portray the portal as a matchmaking dating app, an angle the VRIFY has taken in the past to poke fun at the industry’s over-reliance on technical one-liners.

“What we all have in common is we’re trying to communicate our message to get either more money or for stakeholders to buy into the projects and our assets,” said de Jong.

Their platform easily allows for crossover into other natural resources fields. De Jong said they have a handful of clients in the oil and gas, renewable energy and cannabis fields.

He sees his company growing to the point of building a VRIFY community, and raising the standard of industry transparency and corporate social responsibility in allowing First Nations and concerned communities to more easily understand a company’s on-the-ground activities.

“What we equate it to right now is the standard in mineral exploration disclosure is equivalent to buying a car with a piece of duct tape over the odometer. Being asked to invest and make expensive decisions without being shown all the information.”

De Jong said they will continue to push the limits of how to better represent data and share info across the whole sector.

“If we’re able to accomplish that, I think the industry will almost naturally regulate itself because it will be that much more transparent. Whether that’s drill results or how a company interacts with a community, it creates a standard and transparent ecosystem for all to operate in.”