De Beers recognized for safety at Victor Mine 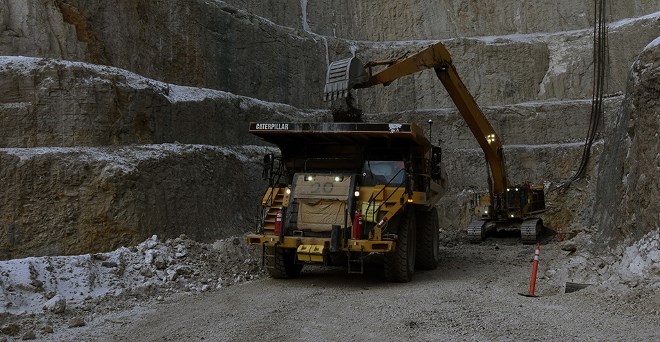 Victor diamond mine has been recognized with its fourth consecutive John T. Ryan Award for its safety record. (De Beers photo)

De Beers’ Victor Mine has won its fourth consecutive award for safety during the annual convention of the Canadian Institute of Mining, Metallurgy, and Petroleum (CIM).

The company accepted the John T. Ryan Award during the CIM event held in Montréal April 28 to May 1.

John T. Ryan Awards are given out by Mine Safety Appliances Canada Ltd. as a memorial to the founder of the company. The trophies are awarded by CIM to the metalliferous mine, the select mine and the coal mine which, in the previous year, experienced the lowest reportable injury frequency per 200,000 hours worked in Canada.

In a news release, De Beers noted that in 2018, 93 per cent of all days worked at the mine were injury-free.

“The strong safety performance reflects the high level of teamwork and care by all members of the Victor Mine team and continues a tradition of excellence that has been the cornerstone of our Canadian operations,” said Kim Truter, CEO of De Beers Canada, in a news release.

“To achieve this level of success during the mine’s final full year of operation is a testament to the resilient safety culture established throughout the mine’s life.”

Located in the James Bay Lowlands in Ontario’s Far North, Victor is the province’s only diamond mine. It opened in 2006 and employs 500 people, including 100 people from nearby Attawapiskat First Nation.

The mine is slated to cease operations later this month when ore stockpiles are exhausted. Mining finished in the pit in early March.

In its years of operation, Victor Mine has received more than a dozen awards recognizing safety excellence by the operation or its employees.