Crop trials assess use of tailings beds in biomass production

A long-term research project at Laurentian University is showing promise in using mine tailings to grow crops for biomass.
Mar 4, 2016 7:55 PM By: Lindsay Kelly 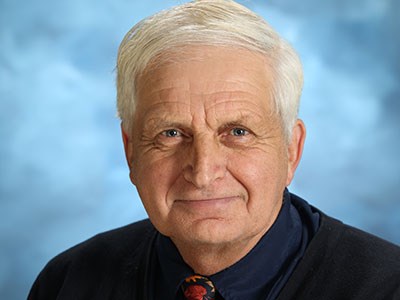 A long-term research project at Laurentian University is showing promise in using mine tailings to grow crops for biomass.

Over the last three to four years, Peter Beckett and Graeme Spiers, both associate professors at Laurentian University in Sudbury, have headed up the project, which examines the science behind using waste pulp and paper material, over top of mine tailings fields, to produce crops that could eventually be harvested and manufactured into biomass pellets.

“The whole idea, essentially, is, rather than just taking the tailings and wasteland at mine sites and putting grass down, to do something useful with them,” said Beckett, who’s also a founding member of Sudbury’s VETAC (Vegetation Enhancement Technical Advisory Committee). “In this case, it’s to try and see whether we could grow crops that one could make into energy fuels.”

Researchers have partnered with Glencore and Vale in Sudbury and Goldcorp in Timmins, which have provided the tailings sites. Wood waste has been brought in from paper mills to top the tailings with organic material, and a local farmer has provided the agricultural equipment and expertise.

At the Vale site, paper mill sludge was brought in from Espanola and St. Marys (before that Sault Ste. Marie mill closed), while at the Goldcorp site in Timmins, paper sludge, which has extra nitrogen from producing fine paper, was brought in from Iroquois Falls.

At the Glencore site in Onaping, wood waste was brought in from various operations across Northern Ontario and mixed with municipal compost from Sudbury’s landfill.

In all three cases, the organic material was diverted from landfills.

“In the long run, if it works, then you could go on taking extra waste and cover the whole of the tailings and really make them into productive areas, since there’s something like 10,000 hectares of tailings in Northern Ontario,” Beckett said.

In the experiments, between 25 centimetres and a metre of material is added on top of the tailings and then the crops are planted. Researchers have experimented with a number of crops, including corn, canola, switchgrass, sunflowers and willow.

The fast-growing hybrid willow grows between one and two metres a year, providing lots of fibre to harvest and make into pellets. Switchgrass, another fast-growing species, has also shown promise.

As research on the crops continues, more questions arise, Beckett said. For example, how long can the crops succeed before the organic material runs out? And what are the long-term effects of N-Viro — a waste organic product from the Sudbury landfill being added to Glencore’s tailings site?

Growing crops on tailings fields not only remediates the site, but also provides a biomass-growing alternative to farmers’ fields, which Beckett said is better left to growing food. Food crops can be grown on the tailings sites, but the researcher said that would likely be unpalatable for consumers.

“One can be sure, even if the materials which are produced on the tailings are things like corn, nobody would really want to eat them simply because of where they come from,” Beckett said. “But we know there’s no uptake of the metals into the corn.”

(Beckett and Spiers have both consumed corn grown on a tailings site and haven’t suffered any ill effects.)

The biomass crop trials at Laurentian are getting interest from companies across the country, but they aren’t the first of their kind.

“Internationally, there are some companies doing this, particularly in South America,” Beckett said.

“What one company’s doing is they will take the material and convert it to biodiesel, and biodiesel burns better, with less fumes than regular diesel, and so it’s cleaner in the mines. So they’re producing their own biodiesel and using it underground.”

Whether or not the premise can be economically commercialized in Northern Ontario will be up to the companies, noted Beckett, but he believes the concept would work on other brownfields as well.

There have been other benefits stemming from the studies. In addition to the educational and research opportunities, several undergraduate and graduate students have been employed with the mining companies involved.