Bob Joseph can predict within the first three minutes how a meeting between industry and Indigenous communities will go.
0
Sep 29, 2016 5:24 PM By: Lindsay Kelly 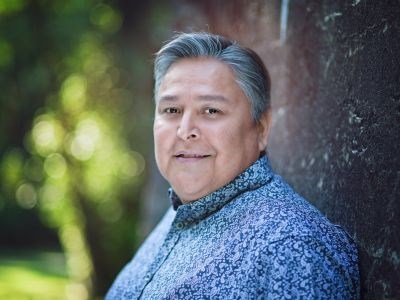 Bob Joseph can predict within the first three minutes how a meeting between industry and Indigenous communities will go.

Try to arrange a meeting during traditional seasonal activities? Don’t acknowledge the community’s traditional or treaty land? Mispronounce community and leaders’ names? Already the company is in trouble.

But respecting a community’s treaty rights, thanking them for attending the meeting, expressing a willingness to learn, and asking for help from the community can drastically improve the working relationship between the two parties.

“There’s a big difference between someone who says that and somebody who says, ‘I’m here to talk to you because you’re a stakeholder on our list and the government told us we have to,’” Joseph said.

“They just don’t understand and they don’t take the time to learn the culture, the history, the legal, the constitutional — all that stuff.”

It was while working for B.C. Hydro in the early ’90s that Joseph was first approached about developing an in-house training program to educate employees about Indigenous history, consultation, culture and more to raise awareness and sensitivity to Indigenous interests.

His techniques were so effective he was soon fielding requests from outside firms requesting training for their workers. By 2002, he left B.C. Hydro to start his own company and continue the work.

Today, he and two other trainers conduct public workshops and custom training sessions in Ontario (including Northern Ontario), B.C., and Alberta; he’s in such demand, he predicts he’ll need to hire another trainer just to keep up.

Current interest in Indigenous training is fueled by the release of the final recommendations of the Truth and Reconciliation Commission of Canada, which includes the recommendation to make available sensitivity training on Indigenous interests to government employees, he said.

There are organizations that are genuinely interested in learning more about Indigenous history and culture, but for the average junior mining company, the driving factor behind sensitivity training remains managing the risk tied to the company’s bottom line.

“Smart companies have figured out that if we go engage with (First Nations) and we talk about an opportunity to work together in a way that respects the environment and their culture, and if they say yes through an impact benefit agreement (IBA) or some other mechanism like that, it actually makes it easier for the Crown to issue permits to do so,” Joseph said.

“And so I think the business guys can do themselves a great service if they'd reach out and really try to work with the communities, but understanding what they're dealing with.”

Joseph points to Ontario Power Generation (OPG) as a good example of a company that’s done it right. In their dealings with Indigenous communities along the path of its Lower Mattagami hydroelectric project, OPG works respectfully with the First Nations, the communities are involved in decision-making, and there are revenue-sharing and employment opportunities for members.

Companies often erroneously approach consultation with the “equality principle” — the concerns of all interested parties should be given equal weight, whether it’s a snowmobile club that has trails going through the area or a rod and gun club that practices conservation. But even though some of their interests might be the same, an Indigenous community isn’t just another stakeholder, Joseph argues.

“The constitution, in Section 35, says that we’re supposed to recognize and affirm the existing Aboriginal and treaty rights, so we’ve got legally and constitutionally protected rights that a rod and gun club just doesn’t have,” he said.

Once companies recognize and accept this, their attitude goes from “Why do I have to do this” to “How do I do this,” and Joseph can offer practical ideas that will move them forward in their Indigenous relationships.

Underfunded communities often lack the resources to hire someone to review development proposals in their territory. But if a mining company provides the funds to hire someone, for example, their proposal would get processed in a timely manner, rather than sitting on the books for three or four years waiting for them to get to their proposal.

“(Communities) aren’t saying no to development, but it can’t be development at all costs,” Joseph said.

Engaging with the communities at the earliest stages, doing the research to learn about their culture and traditions, and listening to their concerns should all be priorities of any company seeking project approval.

Communities will be open to talking about commercial opportunities, and the project will be further ahead than if the company waits for government to intervene.

“Really, it comes down to, are you comfortable handing over the keys to your business to the Crown to do the meaningful adequate consultation, or are you prepared to talk to (First Nations), listen and try to do something different with the relationship-building focus,” Joseph said. “There's a couple of ways you can do it; one's more risky than the other."