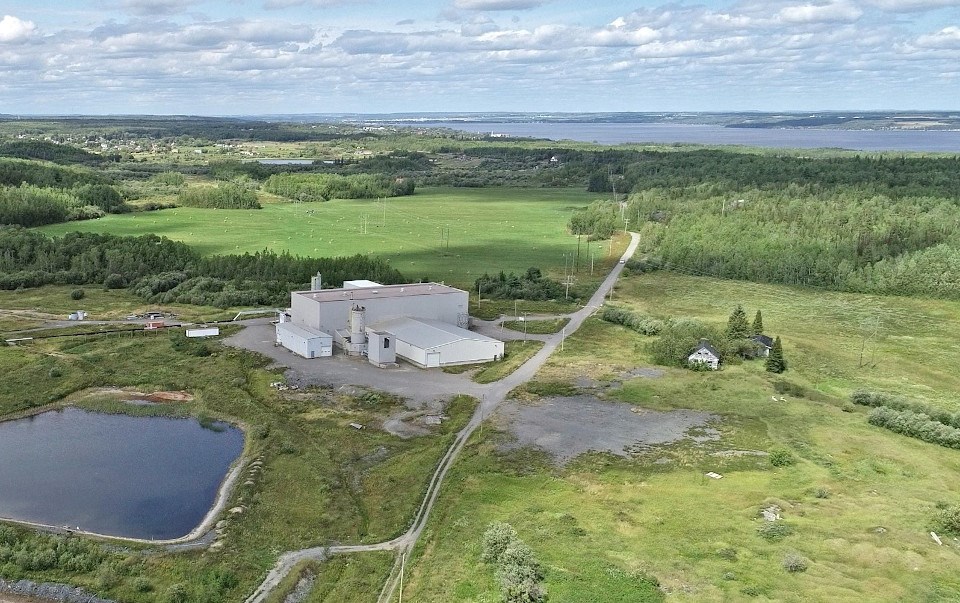 The provincial Ministry of the Environment, Conservation and Parks issued a permit on May 10 allowing Toronto's First Cobalt to take water from Lake Timiskaming for potable water purposes and to use in the refining process.

In a news release, First Cobalt said to expect to see crews arriving at the site to restore power to the refinery, turn on water pumps and complete geotechnical drilling for the construction of new buildings on the property.

Permits for air and noise and industrial sewage will be received in the coming weeks, the company said.

First Cobalt said everything is on schedule to recommission the refinery's machinery by the fourth quarter of 2022.

The refinery, which has been inactive since 2015. is being re-equipped to expand its production capacity. The plan is to ship cobalt hydroxide, mined in the Democratic Republic of Congo, to the northeastern Ontario plant where it will  be converted into a highly pure, battery-grade cobalt sulfate material used in by manufacturers of electric vehicles.

To do that, they'll need a cobalt sulfate crystallizer, which will be built in the U.S. This piece of equipment is the last step in the refining process. It takes cobalt concentrated in a water solution and converts it into the cobalt sulfate powder form.

The contract for that equipment was recently awarded to an undisclosed American company. The crystallizer should arrive on the site in less than 44 weeks, the company said.

A crystallizer consists of various mechanical components including heat exchangers, pumps, piping, dryers and evaporators. Once assembled, the company said the unit will span several floors within the processing plant. It'll be the tallest structure on site.

On the refinery's financing side, the company said discussions with lenders to secure a US$45-million loan is in the due diligence phase. First Cobalt already has $18 million in working capital, plus the $10 million received from the federal and provincial governments.

When in operation, it will be the only refinery of battery-grade cobalt sulfate in North America and the second largest outside China.

"Thanks to the focus and hard work of the First Cobalt team, we continue to execute our strategic business plan and remain on schedule for 2022 commissioning,” said Mark Trevisiol, the company's vice president of project development in a news release.

“Ordering the cobalt crystallizer in a timely manner was an important step on the construction schedule and the focus now shifts to the solvent extraction vendor package," he said.

“We are grateful for the support and enthusiasm within the community and remain committed to hiring a local leadership team and maximizing economic opportunities for the local and regional economy.”

First Cobalt announced that Hayden Fiset is the new site services superintendent. Cristy Knott is the environmental superintendent. More people will be hired in the next few months.

On the community engagement side, the company said three public open houses have been held over the last six months as well as 24 consultation meetings with First Nations.