Tony Clement came to Thunder Bay with a take-charge attitude on the Ring of Fire.
Feb 19, 2013 5:11 PM By: Northern Ontario Business Staff 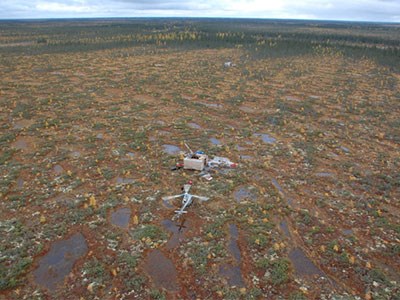 Tony Clement came to Thunder Bay with a take-charge attitude on the Ring of Fire.

“It's time to push the refresh button on this opportunity,” said the FedNor and federal Treasury Board president during a speech to the Thunder Bay Chamber of Commerce, Feb. 19.

Calling the Far North exploration camp “a generational opportunity,” Clement said he's been instructed by Prime Minister Stephen Harper to “coordinate and lead our government's engagement on this file.”

Clement said the potential to mine in this remote region could go on for “several decades” and the ripple effect from the mineral wealth will be felt beyond Ontario.

“There is a lot at stake and we cannot afford to allow this development to stall and become mired in paralysis and uncertainty.”

Progress on exploration has been hampered by disagreements with area First Nation on consultation issues and over the environmental assessment process on potentially large-scale mine and infrastructure developments in the James Bay lowlands.

Cliffs Natural Resources, one of the leading Ring of Fire miners, said on Feb. 13 that dialogue with the Ontario government has ground to a halt on various project-critical issues. The Cleveland-based miner has hinted that its Black Thor chromite mine could be delayed until 2017 or beyond.

Chairman Joseph Carrabba indicated signs of frustration during a Feb. 13 conference call. “It's imperative...that the right deal is completed for both Cliffs and Ontario even if it delays our previous project schedule.”

Since May, the deficit-ridden Ontario government hasn't delivered an industry-friendly power rate, nor divulged what it is prepared to invest in an ore haul road or railway in the region.

“It is complex, there is no doubt about it,” said Clement. “But that is not a reason to shrug your shoulders and walk away.”

Clement vows to take a “whole of government approach” by coordinating all the federal departments to ensure that Ottawa speaks with a “single voice.”

Clement said Ottawa will reach out to key stakeholders to move the development forward for the benefit of everyone.

“Much of Canada's wealth was founded on mining. And much of its future prosperity will be too. We should not fritter it away.”