The arsenic-laden tailings scattered throughout the Cobalt region may be an environmental quandary, but it might translate into a $20 million facility for one Toronto-based company.
0
Dec 15, 2008 2:41 PM By: Nick Stewart 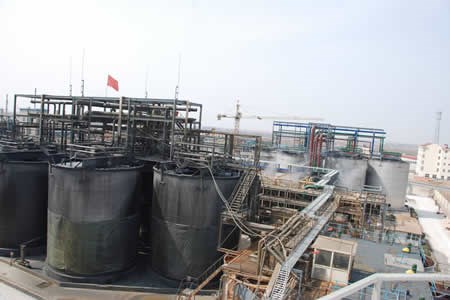 BacTech, a Toronto-based firm with eyes on Cobalt, has already used its proprietary bioleaching technology for Sino Gold Corp. in China, where it is assisting with further expansions.

The arsenic-laden tailings scattered throughout the Cobalt region may be an environmental quandary, but it might translate into a $20 million facility for one Toronto-based company.

As the owner of a proprietary technology in bioleaching, BacTech Mining Corporation is working with a partner, Gold Bullion Development Corp., to examine the 18 million tonnes of tailings in the area.

Bacteria is used to separate and neutralize the arsenic from the metal. In fact, by neutralizing the arsenic, Orr hopes to be able to classify its work as an env
ironmental clean-up which just so happens to allow for a payday along the way.
"You're buying something in the ground for $5 an ounce and trying to make it worth $50 to $100 an ounce by proving you can actually extract those ounces," says Ross Orr, president and CEO of BacTech.

"The problem is that these opportunities are usually only available in countries that are unfriendly or difficult, which is the great thing about this project."

Assisting with this study is SGS Lakefield, which has been contracted to do flotation and gravity work to figure out the best way to capture the most metal possible.

Funding for half the project is being sought through the Sustainable Development Technology Fund as well as Innovations Ontario.

In turn, Gold Bullion is expected to chip in $5 million, while BacTech will provide the remaining $5 million. Should the government agencies turn them down, funding for the project will instead be sought from the open market.

If all goes to plan, the proposed pilot plant would feature six stainless tanks, each reaching a height and diameter of six or seven metres. After being prepared, the tailings are fed into these vats where a special bacteria eats away at the contained sulphides, which allows the metals to separate.

The silver sinks to the bottom, while the base metals are dissolved into the solution. The solution is then used to create particular plating, or it is converted into a special liquid, which can then be shipped to other clients for manufacturing.

The process also frees up both the iron and the arsenic, which then combine to form a compound known as ferric arsenate. This compound, which has been found by the Environmental Protection Agency to be a benign substance, sinks to the bottom of the vat and can then be safely disposed of.

The plant would be the first of its kind in the world to process base metals, as the technology is traditionally used to handle gold. This technology has already been successfully proven in China, where BacTech built a bioleach plant for Sino Gold Corp. in 2001. In recent months, BacTech has been further expanding the plant, which treats concentrate from mines around the world. Other successful instances have been built in Australia and Tasmania.

Initially, the pilot plant is expected to be able to treat 200,000 tonnes of tailings per year. If the project is a success, the plant could be expanded to reach a capacity of nearly a million tonnes-per year.

What's more, Orr hopes to potentially sign agreements with the holders of the many local tailings wherein BacTech would reprocess them and pay a net smelter return royalty to the owner.

However, Orr is quick to insist that the operation of the plant would not be overseen by BacTech, but likely by Gold Bullion.

HighGold starts drilling near Timmins
Feb 26, 2020 10:31 AM
Comments
We welcome your feedback and encourage you to share your thoughts on this story. We ask that you be respectful of others and their points of view, refrain from personal attacks and stay on topic. To learn about our commenting policies and how we moderate, please read our Community Guidelines.