Are the feds ready to buy into the Ring of Fire? 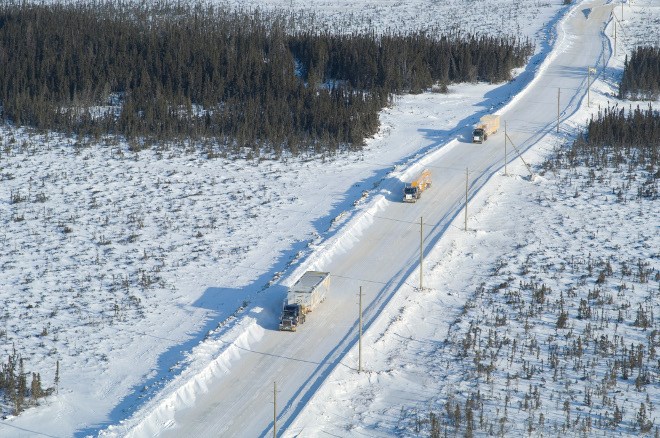 It’ll be a wait-and-see proposition if Ottawa is finally ready to invest in mining-related transportation infrastructure for Northern Ontario’s Ring of Fire.

Federal transport minister Marc Garneau announced some of the details behind the Trade and Transportation Corridors Initiative (TTCI) as part of the government’s “nation-building infrastructure plan” on July 4.

Up to $400 million is earmarked to support transportation infrastructure for the movement of people and goods in Canada's Northern territories under a merit-based program.

Proponents are now being invited to tap into this fund by submitting an expression of interest to support transportation projects.

Last March, no mention was made in the federal budget of any kind of investment toward building mining-related infrastructure for the Ring of Fire.

With no assistance coming from Ottawa, the provincial government again postponed its long-standing promise to spend $1 billion to carve a transportation corridor to reach the remote and undeveloped chromite and nickel belt up in the James Bay region.

But the launch of the TTCI program was all good news to Pierre Gratton, president of the Mining Association of Canada (MAC).

“We believe the government’s commitment to northern infrastructure investment is both bold and essential for Canada’s long-term economic growth, and certain to help attract new private sector investment,” he said in a July 5 release.

The association said the lack of infrastructure in Canada’s remote regions is inhibiting mineral development due to the high costs of exploration, construction and operation of remote mines.

Recently, MAC co-authored a study that found that it costs about 2 to 2.5 times more to build a gold or base metal mine in northern Canada, off the grid, than in the south as a result of the lack of infrastructure.

The nearby remote communities, themselves, are largely dependent on carbon-intensive diesel power and often lack basic infrastructure that most Canadians take for granted.

The association emphasized that the mining sector is the largest private sector employer of Indigenous people, is the biggest customer for Indigenous-owned businesses, and is a leading contributor to GDP.

The government said the TTCI dovetails with Ottawa’s creation of the Remote and Northern Communities fund and the establishment of the Canada Infrastructure Bank dedicate to bring critical infrastructure to remote and northern Canada, areas reliant on the mining sector.