A rocky relationship between two mine development partners 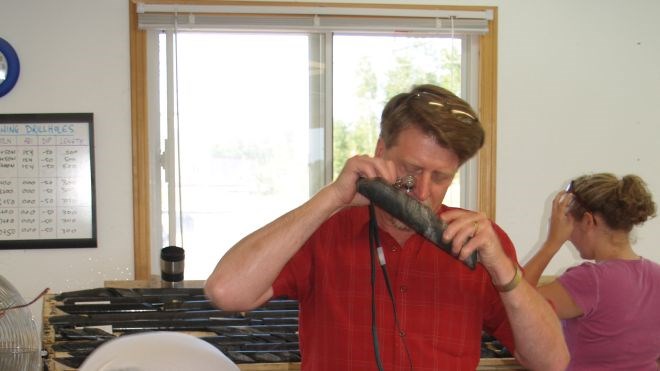 The two joint venture partners involved in developing a mine near Geraldton are going to court.

Thunder Bay’s Premier Gold Mine announced it has received a statement of claim issued in the Ontario Superior Court of Justice from Centerra Gold, its joint venture partner in the Hardrock gold project in northwestern Ontario.

At issue, according to Premier Gold in a Dec. 27 news release, is a contested project update declaration made by Greenstone Gold Mines – the two parties’ mine partnership joint venture company.

Centerra argues that the Hardrock Project has not reached a “feasibility study” stage.

Premier responded that the allegations “are entirely without merit” and intends to take appropriate litigation steps to defend its position and its interests in the project.

Premier claims that in 2016, a comprehensive technical and economic feasibility study was completed for the Hardrock Project.

Upon its completion, the Greenstone Gold board – consisting of two members each from Centerra and Premier – approved a series of budgets, including the 2019 budget that gave Greenstone Gold the direction to independently complete a resource estimate and an economic update on the project.

Premier contends a meeting of the Greenstone Gold board was called upon completion of the 2019 project update, which included the updated feasibility study, prepared by an independent mining consultant.

The feasibility study indicated an internal rate of return that satisfied the feasibility criteria under the partnership agreement for the development of a mine.

Under the partnership agreement, Premier said, the “feasibility criteria” is defined as a feasibility study that demonstrates an internal rate of return equal to greater than 15 per cent to the partnership for development of a mine on an after-tax and pre-financing cost basis.

Premier argues that according to their partnership agreements the Greenstone Gold Board shall not “withhold, delay or condition the making or approval of a positive feasibility decision if the feasibility study meets the feasibility criteria.”

Premier said the independent consultant who prepared the Hardrock Project update gave careful consideration to the comments and views from Centerra's mining consultant, retained last October to review Centerra's issues with the project.

Premier said its technical team continues to stand by its consultant with respect to the Hardrock Project Update.

Premier Gold Mines is gold producer and exploration outfit with operations and properties in northwestern Ontario, Nevada and Mexico.