Local 2251 accuses steelmaker of violating collective agreement by refusing to consult it on cost-cutting measures
Jul 7, 2021 1:00 PM By: David Helwig 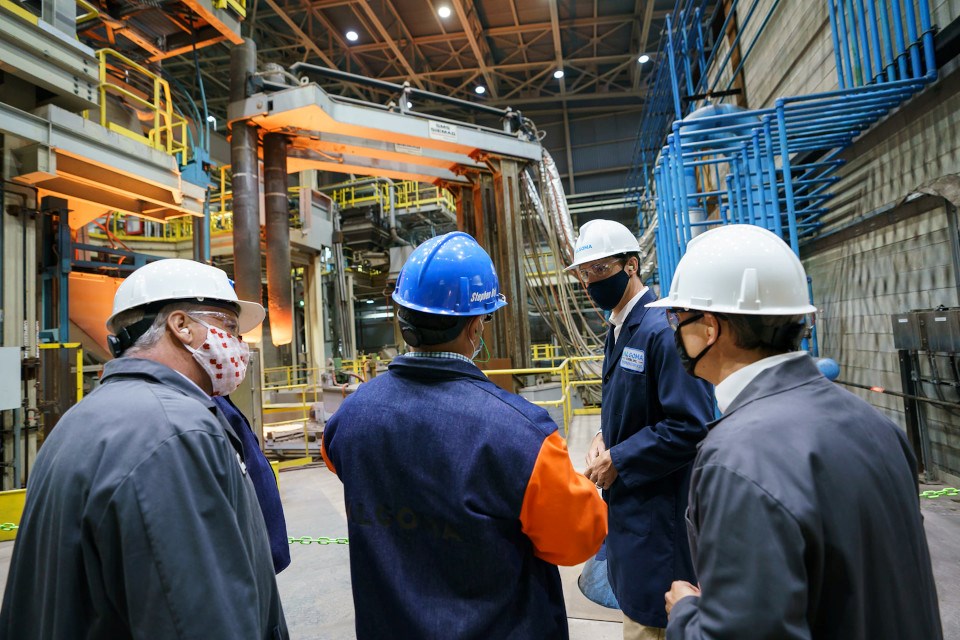 But when Canada's prime minister came to Sault Ste. Marie this week to announce up to $420 million in federal support for Algoma Steel, Da Prat, president of the steelmaker's largest union, was conspicuous by his absence.

But Da Prat believes getting out of coal-based production could lead to loss of hundreds of local jobs. And he accuses the company of refusing to consult with the union on the transformation, which Da Prat argues is a violation of its collective agreement with his United Steelworkers Local 2251.

In 2007, Da Prat said, he negotiated a clause called Section 7 of the General Article for Union Involvement.  That clause stipulates that "the parties will discuss ways to ensure the involvement of the union in a consultative manner on issues related to future growth and capital investment."

"They have refused to adhere to that provision, so that's why we boycotted the announcement."

Algoma sent the Steelworkers a presentation "the other day" about its intentions, he said, but a confidentiality agreement prohibits him from discussing the document's contents.

The company has also provided the union with a list of employment reductions called Project Aurora. The list was prepared "solely on the basis of management input" without union consultation, Da Prat said. He added that the union is grieving that using a dispute-resolution process in front of an arbitrator.

Da Prat said that if the prime minister wants to reduce carbon emissions, there are other ways to accomplish that.

"He comes and decides that Northern Ontario is a great place to meet carbon reduction.

"This union is not against carbon reduction. But let's take stock of what's happening in Canada. We have a rail system that's deplorable."

Da Prat wants to see greater use of rail and marine transport and less reliance on transport trucks.

"If we're going to green our country, let's make sure that we have an electrical rail system.

"We do not have a method to move our military, with their vehicles and infrastructure, in a quick manner from one coast to the other in case of an actual catastrophe.

"Even if they weren't electric, if we had a good rail system and locomotives to pull them, they would be way more efficient than transports running a two-lane highway across Northern Ontario with curves and hills where transports are accelerating and decelerating.

"All you have to do is follow one to see the black smoke."

Brenda Stenta, Algoma's manager of communications and branding, said switching to electric arc steelmaking is necessary to "secure the competitive production of steel in Sault Ste. Marie for generations to come, providing a long-term viable future for the company and for the regional economy."

"We would transition our operations to EAF steelmaking over a number of years, with a focus on providing new opportunities to our existing employees to rise to the challenge of the significant number of retirements anticipated over the same period," she said.

"We don’t view the potential transformation as a tradeoff between climate action and good jobs, but instead the first step in evolving our position within the North American market as a more competitive and responsible steel producer, focused on adding value for all stakeholders including our employees," Stenta told us.

"They said 70 per cent of steelmakers are using the arc furnace technology," he said. "Well, that means that we're going to go into a process everybody has, that we have to compete with."

Instead of announcing what he did, Trudeau should have announced protective legislation to ensure steel brought into Canada is fairly traded, Da Prat said.

"There should have been an announcement that all infrastructure in Canada exclusively contain Canadian steel."