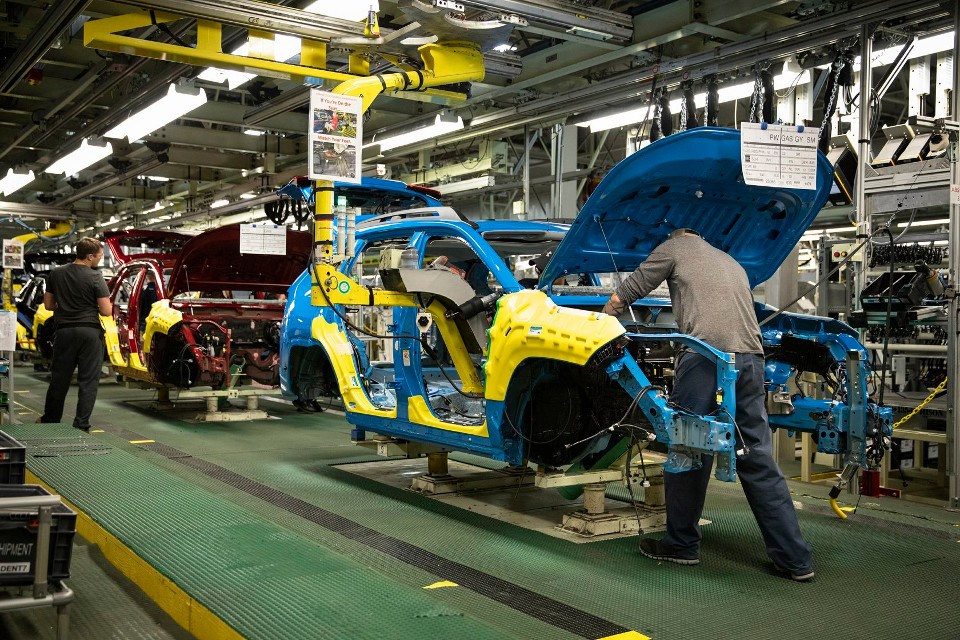 The Ontario government wants to build a property bank of “shovel-ready mega sites” to entice automakers and suppliers to build more assembly and parts plants.

The Nov. 28 announcement was made at the Toyota plant in Woodstock, the home riding of Oxford MPP and Agriculture, Food and Rural Affairs Minister Ernie Hardeman. He was accompanied by Associate Minister of Small Business and Red Tape Reduction Prabmeet Sarkaria, Minister of Economic Development, Job Creation and Trade Vic Fedeli.

The province is calling on municipalities, economic development agencies and industrial property owners to submit proposals of land between 500 to 1,500 acres that are already zoned, or could be, for heavy industrial use. These sites should either be serviced or serviceable by utilities, transportation networks and other supporting infrastructure.

Proposals will be accepted between January 1 and March 31, 2020.

The government cautions this is not a funding or grant program. But they do promise a “streamlined approvals review process” for licences, permits and environmental assessments.

Prospective sites will be evaluated based on a 13-point criteria plan.

An “internationally recognized site selector” will adjudicate which sites will be banked in an inventory of “certified mega sites.”

Ontario and the site selector will led the marketing effort to showcase the sites to international and domestic investors.

The first round of “shovel-ready sites” will be made available to potential investors by the fall of 2020.

The program is part of the government’s Driving Prosperity plan to strengthen the auto sector’s competitiveness.

"One of the biggest barriers that automakers face if they want to build or expand an auto assembly plant is availability of large-scale sites," said Fedeli in a statement.

"Through the Job Site Challenge, we'll identify the best sites in the province that can help bring good-paying jobs to the community. A new auto assembly plant — like the eight we already have in Ontario — would create thousands of jobs for hardworking Ontarians.”

There are more than 100,000 people are directly employed in Ontario’s auto industry, with about two-thirds of those jobs in the auto parts sector. The province plays host to five automakers — Fiat Chrysler, Ford, General Motors, Honda and Toyota — and truck manufacturer Hino.

"With smarter regulations and reductions in the cost of doing business in the province, we're restoring the competitive advantage that made Ontario the economic engine of Canada," said Sarkaria.

"The Job Site Challenge will build on our investment strategy, help us compete with other North American jurisdictions for large-scale manufacturing investments and market Ontario as a competitive place to do business."

New Bombardier contract will ‘bridge the gap’ to larger opportunities
May 28, 2020 3:00 PM

Bombardier lands US$108 million transit contract for Thunder Bay plant
May 27, 2020 5:02 PM
Comments
We welcome your feedback and encourage you to share your thoughts. We ask that you be respectful of others and their points of view, refrain from personal attacks and stay on topic. To learn about our commenting policies and how we moderate, please read our Community Guidelines.