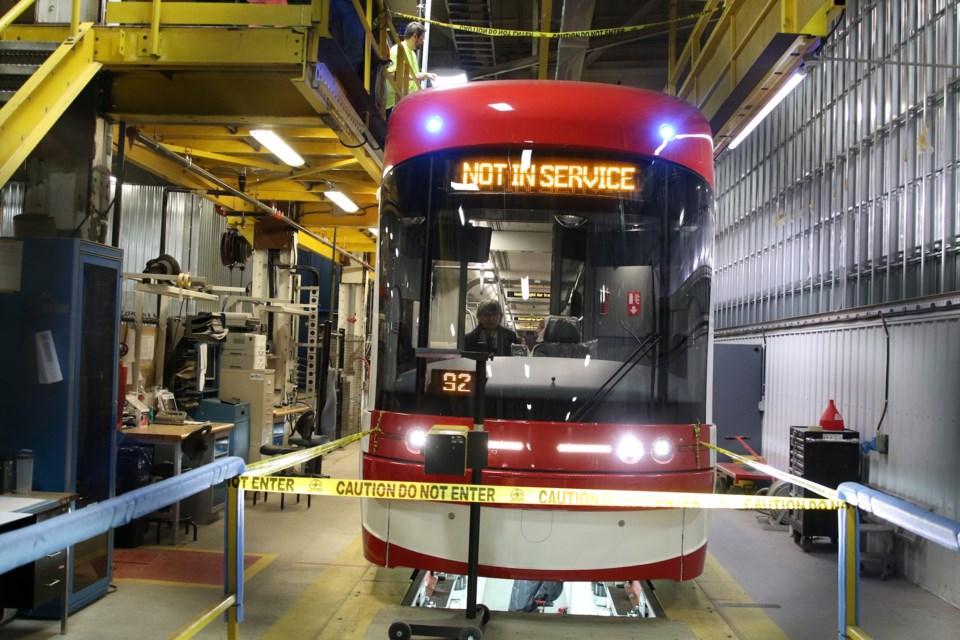 Government funding to produce more streetcars for Toronto will maintain existing jobs at Alstom Thunder Bay, but is not expected to lead to the recall of workers laid off over the past year and a half.

The funding – $180 million each from Canada and from Ontario as well as over $200 million from the City of Toronto – nevertheless came as a relief both to Unifor, the largest union in the plant, and to Alstom management.

A spokesperson for Alstom has clarified that the objective of both the company and the provincial government "is to maintain current employment levels until the end of 2023."

Alstom Thunder Bay currently employs around 400 people, or 30 per cent of its capacity.

Company spokesperson Taissa Hrycay said that prior to the announcement that the plant will build 60 more streetcars, the company was anticipating having to impose more layoffs over the coming months.

"The financing confirmation was very welcomed by our Thunder Bay employees," Hrycay added.

Dominic Pasqualino, the president of Unifor local 1075, has been expecting the layoff of a couple of dozen more workers in the next couple weeks, but "they're talking about probably calling the same number back in August or September."

Pasqualino added, "The contract that we got, it looks like it's more to stabilize the workforce that we have right now, rather than calling more people back. If we didn't get these cars – that's how important they are – at this time next year we would basically have an empty plant."

Without minimizing the importance of the streetcar deal, he said he hopes it will prove to be a stepping stone.

"I know there's going to be subway car contracts we have the possibility of getting, but they're probably not affecting the manpower in the plant until 2025. There's still going to be some difficult years ahead for us."

Pasqualino believes the local plant will eventually get the work but hasn't seen a projected timeline yet.

"Without the refurbishing [job] I did see a manpower schedule, and there would actually be less than we have right now, even if we got those 60 streetcars, so the refurbishing part is really important to keep the level where it is."

Some members of the community recently questioned why Alstom still hasn't put its name outside the plant after acquiring it several months ago.

A company representative told TBNewswatch there's no need for anyone to interpret this as a negative signal.

She said, "Bombardier Transportation is now fully integrated into Alstom and its operations and all its facilities and employees now bear the Alstom name," she said, adding that new external signage will be erected at the Montreal Street facility in the coming months.