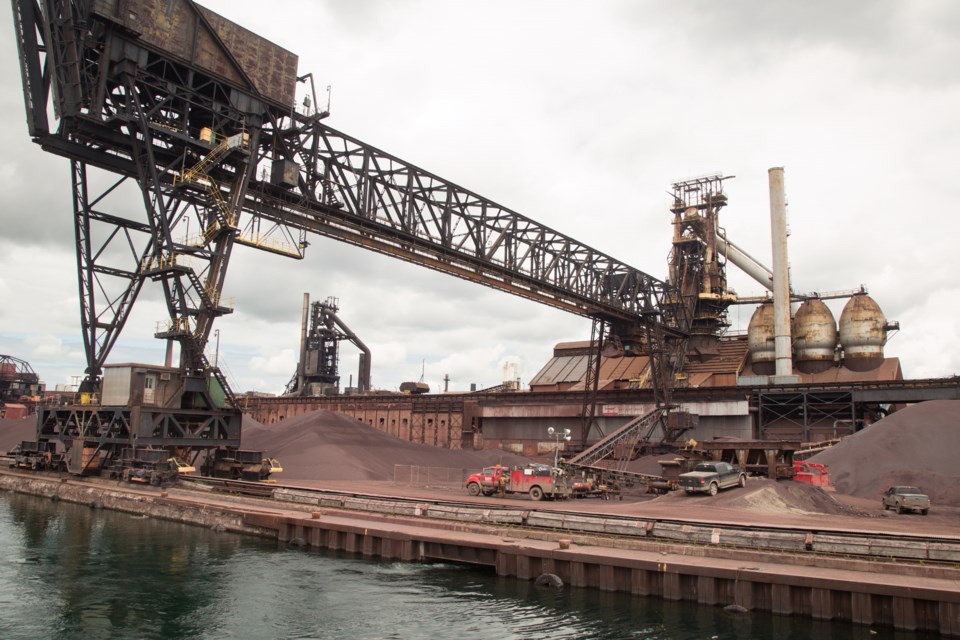 Algoma posted its financial results for its fiscal year that ended on March 31.

Algoma Steel will be listed on the Toronto Stock Exchange and the Nasdaq after a definitive merger agreement was signed in May with Legato, a New York-based special purpose acquisition company, in a US$1.7-billion deal. The transaction is expected to close in the third quarter pending shareholder approval and other customary conditions.

According to a news release, the quarterly results were a significant rebound from a $73.5-million loss taken the previous quarter and an improvement from the $19-million profit recorded in the fourth quarter of 2020.

Algoma attributed its strong performance for the year to controlling costs and solidifying its financial and cash position to take advantage of a surging demand for its flat-rolled products.

The merger with Legato injects US$306 million of much-needed capital into Algoma to make "strategic and transformational investments in the business," including electric arc furnace technology which will significantly reduce Algoma's carbon emissions.

Algoma's EBITDA (Earnings Before Interest, Taxes, Depreciation, and Amortization) - or profit after those expenses - amounted to $167 million for the fourth quarter and $199.2 million for the fiscal year, largely due to benefits from those strategic investments in the plant and their cost containment measures.

Steel shipments during the quarter amounted to 622,000 tons, generating revenue of $633 million, up 50 per cent from $421 million recorded in the prior quarter and up 28 per cent from $493 million in the fourth quarter of fiscal 2020.

In a statement, Algoma Steel CEO Michael McQuade heaped praise on the efforts of the company's employees for the financial performance.

"Our continued focus on safety is demonstrated by our outperformance of the lost-time injury rate for our industry and the fact that we have kept our workplace COVID-free. Together we have achieved substantial cost reductions over the year, all while increasing shipments of quality steel products to our customers. These results, together with the merger, position Algoma Steel for growth in pursuit of strategic initiatives in our sustainability transformation.”

Algoma last publicly traded in 2007 before it was acquired by Essar Global of India and taken private. The company emerged from creditor protection as an independent company in November 2018.

Legato is led by a management team of investors including David Sgro, Eric Rosenfeld and Brian Pratt. They took Legato public in January with eyes on investing in companies in heavy industry, renewables, infrastructure, engineering and construction.