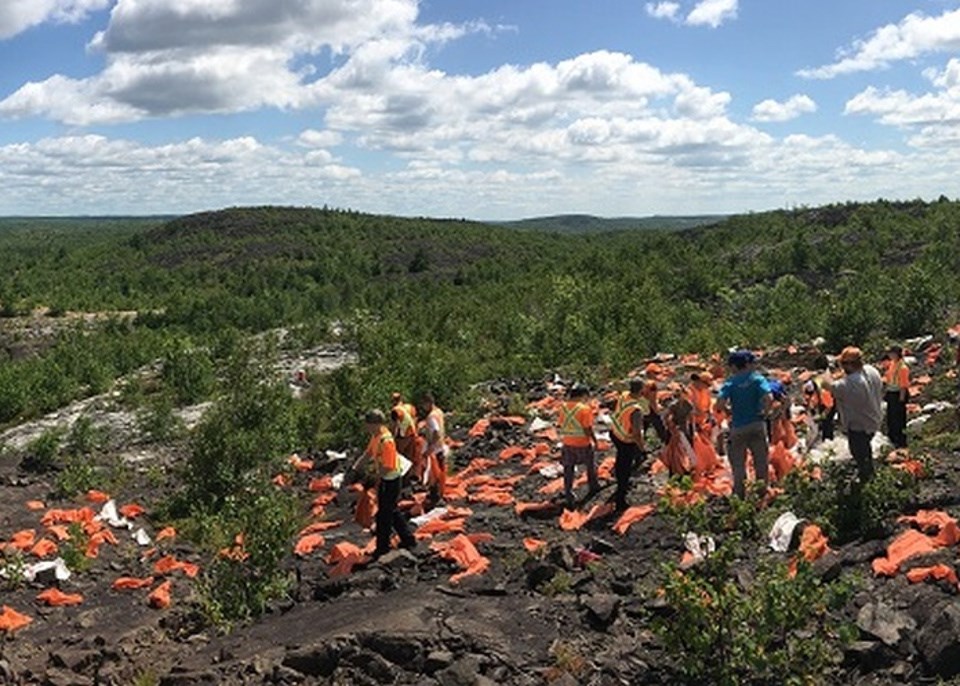 This autumn was supposed to herald a noteworthy milestone for the Sudbury regreening project: the planting of its 10 millionth tree.

But with the arrival of the novel coronavirus last March came a scaled-down 2020 planting season, and instead that marker will be celebrated in 2021.

Still, as year 42 of the one-of-a-kind land restoration initiative comes to a close, the organization leading the project believes that some areas of the city are nearing the point when human intervention will no longer be necessary and nature can start taking over.

“Already there are certain sites in the Sudbury area, which, with further work, are likely to be declared complete,” said Peter Beckett, an ecology professor at Laurentian University and founding member of the Vegetation Technical Advisory Committee (VETAC), during a Sept. 25 virtual presentation.

To most Northerners, the story is by now a familiar one.

Before government-enforced pollution mitigation measures were introduced in the 1970s, Sudbury was best known for its bare, blackened rocks, scarred by nearly a century of mining.

Activity in the years before the smelters were built had been especially damaging, Beckett said; open roast yards had enabled the free release of sulphur dioxide and particulate into the environment, resulting in high levels of air pollution and acidified soil.

Once controls were put in place requiring the mining companies to clean up their emissions, the path was set for a parallel cleanup of the surrounding environment.

“This great deduction in the air pollution now means we have some of the cleanest air actually anywhere in Ontario,” Beckett recalled. “So it’s one of the great achievements, and that has allowed the regreening program to proceed.”

Representatives from the city, academia, the public, and the mining companies – today Vale (formerly Inco) and Glencore (formerly Falconbridge) – banded together to come up with a plan.

Today, biodiversity is returning to Sudbury. The city hosts 85 plant and shrub species, along with numerous bird species and at least 16 species of mammals.

Progress can be measured by the numbers: nearly 10 million trees planted, 3,400 hectares limed and fertilized, about 1,200 forest plots planted, and about 4,800 people employed, Beckett said.

It’s come at a cost of $33 million, and yet he estimates the project is only about half finished.

“We can only work on about 30,000 hectares out of the 81,000 original hectares because of buildings and lakes and all kinds of other restrictions,” he explained.

The program’s milestone comes just as Greater Sudbury city council passed its Community Energy and Emissions Plan on Sept. 23, which outlines ways in which the city can reduce its greenhouse gas emissions to zero by 2050.

Beckett said, to date, the regreening program has resulted in an estimated 650,000 Megagrams (650,00 tonnes) of carbon being sequestered.

Add in the contributions from Vale and Glencore, and natural reforestation, and that number could be as high as one million Megagrams (one million tonnes) of carbon being sequestered each year.

That’s equivalent to the annual sequestration of about 20 per cent of Sudbury’s population, he said.

Beckett believes Sudbury serves as a model for other communities around the world.

The United Nations has declared 2021-2030 the UN Decade on Ecosystem Restoration, in which jurisdictions around the world are urged to work to prevent, halt and reverse ecosystem degradation to help combat climate change, and increase and safeguard biodiversity, food security and water, Beckett noted.

Much of the same science that underpins Sudbury’s regreening program can assist in that coming global push for land reclamation, he said.

“There’s going to be much to do in this decade,” Beckett said.

Want to have a say on the Marathon mine's EA?
Oct 9, 2020 3:30 PM
Comments
We welcome your feedback and encourage you to share your thoughts. We ask that you be respectful of others and their points of view, refrain from personal attacks and stay on topic. To learn about our commenting policies and how we moderate, please read our Community Guidelines.