Persistent lobbying by municipality and business leaders has paid off as the Northern Industrial Energy (NIER) program has been made a permanent fixture.
0
Apr 7, 2015 5:41 PM By: Northern Ontario Business Staff 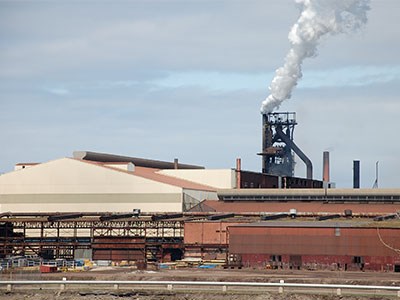 Persistent lobbying by municipality and business leaders has paid off as the Northern Industrial Energy (NIER) program has been made a permanent fixture. The provincial government announced April 7 that the program will be funded at $120 million annually.

Persistent lobbying by municipality and business leaders has paid off as the Northern Industrial Energy (NIER) program has been made a permanent fixture.

The provincial government announced April 7 that the program will be funded at $120 million annually.

NIER reimburses large power consumers, specifically industries such as mining and forestry, with a 25 per cent energy cost rebate per year.

The program was first introduced in 2010 and was only intended for a three-year run. It was later extended to 2016.

Sixteen large industrial power consumers, representing 23 sites in Northern Ontario, receive a rebate of two cents per kilowatt hour with individual rebates up to $20 million per year per company.

“In the instance of mining companies, they project their operating costs well into the future even before they put a shovel into the ground. An energy rebate program like the NIER program provides investors with the confidence they need to know in terms of what their long-term energy costs might be.”

“The North is seeing a rebound in forestry as well as new mining companies coming online. The NIER program enhances our competitiveness which benefits the province as a whole,” said Angus.

Similar sentiments were echoed by the Federation of Northern Ontario Municipalities (FONOM).

“Industry feedback from the program has been extremely positive within our region,” said Kapuskasing Mayor Al Spacek, FONOM’s president. “For industries that continue to face high energy costs, the NIER program helps to lower these costs while maintaining global competitiveness and helping to sustain local jobs.” He said the permanency of the program should spur further investment in mining and forestry.

“We are now completing a $200-million investment plan for our operations in Northern Ontario and our ability to make these investments was due in part to the stability and certainty that we have been able to achieve on electricity costs.”